From Immaculate to the Titanic 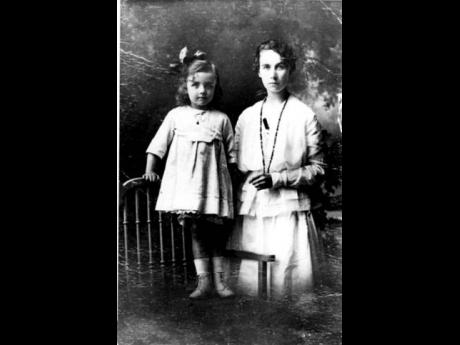 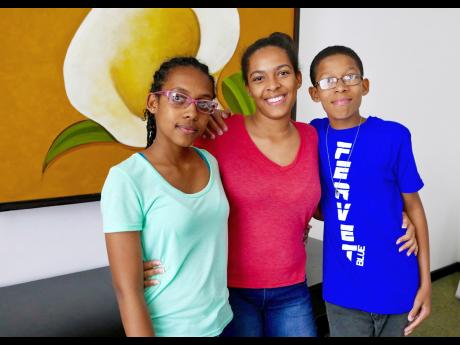 Christopher Ward
Christopher Ward Photo The Hume Children, Gabriella, Vania and William and William Hume who recently received confirmation that their great grandfather was one of the heroic Titanic bandsmen who played on until the ship went down 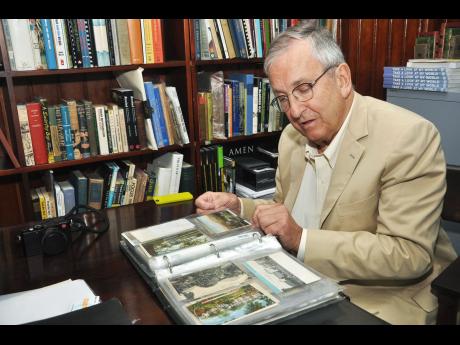 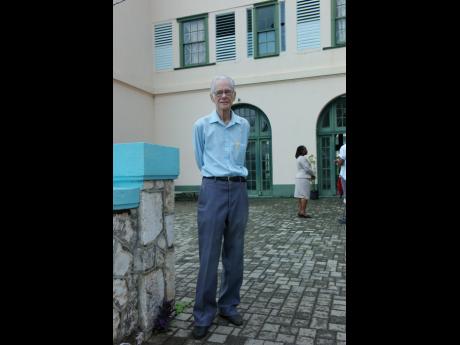 Sister Maureen Clare led us to a large room, empty except for some discarded office furniture. 'The musicians would have played here every evening, in the alcove at the end of the room. It was your grandfather, who was in the orchestra, wasn't it? I understand he was very young and died on the Titanic. I'm so sorry. What was his name?'

I told her that his name was Jock Hume. But I spared her the real reason for my visit. As we stood there, I closed my eyes for a few seconds and tried to imagine the room filled with music and conversation.

There are few surviving photographs of Jock. A portrait taken in his mid-teens shows the young fiddle player looking like a startled rabbit. But after Jock's death, The New York Times published a quite different photograph of him alongside an article about a fundraising event in aid of the families of the Titanic musicians.

Here we see an amused, confident and good-looking young man, his thumb tucked nonchalantly into his belt. There is an arrogant sexuality about his pose. He is wearing Bugsy Malone-style gangster spats and a white bib and tucker. Later, as I walked through the exotic gardens of the hotel with Sister Maureen Clare, I realised the photograph had been taken right here, near the bandstand, at the Constant Spring Hotel.

As we came to the end of our tour, the theme music of Pirates of the Caribbean burst out from the school block several hundred yards away where the school's 90-strong orchestra was rehearsing for a concert. Having heard of my visit, the school's director of music, Steven Woodham, joined us and invited me to the rehearsal. He asked if I would say a few words afterwards about my grandfather to his young musicians.

I congratulated the girls on their performance. I told them about Jock, explained how he had come to play Jamaica and how his skill with the fiddle had been his passport to see the world.

As the girls packed up their instruments and prepared to go home, one of them, a pretty teenage girl, made her way through the crowd and sought me out. 'This is such a weird coincidence,' she said. 'My name is Hume, too - Gabi Hume. My father often talked about our family's connection with the Titanic. And, even weirder, your eyes are exactly the same colour as my father's.'

I felt the hairs on the back of my neck standing up. "Come outside. I have some questions I need to ask you." We were away from the crowd now. "What is your father's Christian name?" I asked Gabi. "Neville," she replied. "He's dead now, he died when I was eight."

"I think it was Keith. Yes, Keith Neville Hume." Donald and I looked at each other in disbelief. "Will you give me your Mum's telephone number and address," I asked Gabi. "I'd like to meet her."

I rang Tania Hume, Gabi's mother, on our way back to my hotel and we arranged to meet the next day. Donald and I agreed that we would not reveal that Jock had fathered a child in Jamaica until we had heard her story and returned to the General Registrar's Office to start a new search - this time for Hume.

Tania, a successful Kingston businesswoman, told us that she had met Gabi's father when he was in his 50s and she was in her 20s. "It was 1988 - a disastrous year for Jamaica because Hurricane Gilbert had devastated the island." On their first date, Neville had joked that disasters were nothing new in his family: his grandfather had been the bandmaster on the Titanic.

Who had told Neville this?

"His father, Keith Hume." said Tania. "I never knew his father - he died in October 1970, years before Neville and I met, killed by a car while crossing the road in downtown Kingston."

Tania told us that Neville, who was many years her senior, was divorced and childless from two previous marriages. They had three children together: Gabriella, whom I met at the school, Vania and William, all of them now in their teens. Neville played the trumpet as a teen.

I told Tania I would be in touch. I postponed my flight home and returned with Donald next morning to the General Register Office to resume our search, this time looking for Hume rather than McDonald.

There is no record of the birth of anyone in Jamaica called Keith Neville Hume; But in 1935 someone called Keith Neville Hume, aged 24, makes the first of several subsequent appearances in the public records. He forms a relationship with a woman called Muriel Morris and they have a son whom they name Neville - Tania's late husband. On both his wedding certificates, Neville states that his father's name is 'Keith Hume'.

Donald was now certain. 'It is quite clear,' he said, 'Keith Neville McDonald and Keith Neville Hume are one and the same person.

'Keith would have known the name of his father because of the payments from the Titanic Relief Fund which continued until he was 15. Who would not be proud to bear the name of their Titanic hero father? Until recently, there was no legal obligation in Jamaica to inform the authorities if you changed your name. It is most likely that Ethel, too, changed her name.'

Before leaving Jamaica, I telephoned Tania to ask her to search her late husband's papers for the birth certificate of his father, Keith. She rang back later to say there wasn't one. It wasn't the right time to tell her that I had a copy of his birth certificate and that his name was Keith Neville McDonald.

I recently returned to Kingston to tell Tania and her children what Donald and I have been able to establish - that Gabriella, Vania and William's great-grandfather was my grandfather, John Law Hume, one of the eight brave musicians who played on as the Titanic went down.

I took with me a violin made and signed by Jock's father, Andrew Hume, their great-great-grandfather. It seemed right that they should see and touch this fine instrument.

Gabriella, Vania and William glowed with pride when I broke the news, but it did not come as a total surprise. Their father, they said, had often told them that his grandfather had been the bandmaster on the great ship, conducting the orchestra from his violin. But of Jock himself, they knew nothing until I came into their lives.

And so it was that in March 2015 my family grew by three charming, clever and beautiful teenagers, Gabriella, Vania and William. When I asked them, 'My mother's half-brother was your grandfather - what relation does that make me to you?' they all shouted, 'You're our Uncle Christopher!' and gave me a great big hug.

As for my own children, Sadie, Martha and (another) William, well, they think it's time for a family holiday in Jamaica so that they can meet their new cousins.

I am glad that my mother died never knowing she had a half-brother in Jamaica or she might have thought less of her father, the Titanic hero. I feel the same about Keith McDonald, who grew up knowing nothing about his father's other family in Scotland ; but proud to know his father had died a hero.

Whatever else Jock did, when the chips were down, he and the other seven members of the band distinguished themselves with their courage, playing on until long after the last lifeboat had been loaded.

But I sometimes wonder if, as Jock's short life ebbed away in the freezing water of the North Atlantic, the brave young violinist had time to consider the catastrophe he was leaving in the Titanic's wake: two illegitimate children, two unmarried mothers and a legacy of loss and abandonment for generations of Humes, Costins - and McDonalds.