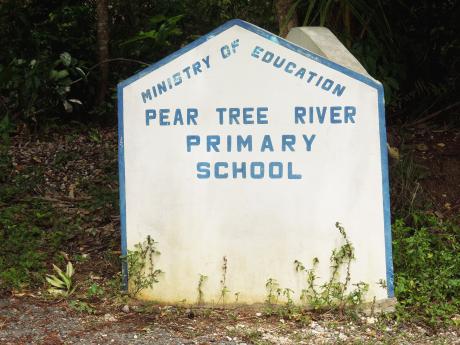 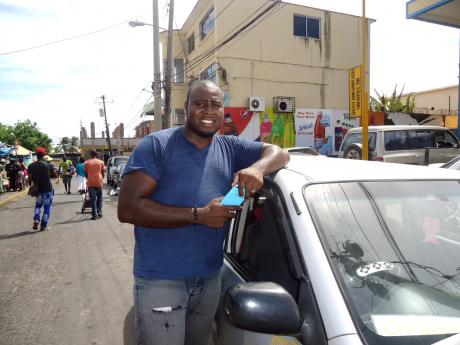 Taxi operator Desmond Creary who has been contracted to take the former students of Pear Tree River Primary School to their new school in Port Morant.
1
2

Jacqueline Johnson has been linked with Pear Tree River Primary School in eastern St Thomas for more than 20 years. She started life there as a student then returned as a teacher.

When news came recently that the school would not reopen for this year she was overcome with emotion.

"I actually cried when I heard. I was really attached to that place. Pear Tree River Primary is a good school. We get excellent GSAT passes. We had a good staff, a good board and a no-nonsense principal. The school was doing well," said Johnson.

But Pear River Primary, with only 26 students, was included on the list of schools closed by the Ministry of Education due to underpopulation.

Now children from Pear Tree River have to make the one-kilometre journey to Port Morant Primary and Junior High School, and to other schools even further from the remote district.

Parents and some former staff members at the school are feeling the pinch.

"The school's closure affects me a lot, although is just my little granddaughter go there," said Pear Tree River resident Sandra Wilson Gayle.

"Everybody have to go out (outside the community). Taxi problem is bad here. As it touch five, six o'clock, we have no taxis. Anyway you take it is four fare you have to pay; two go out and two come in. And there is no work here either. If you want little work you have to go out too," said Wilson Gayle.

The closure of the school came as a surprise to many residents, who claimed they were told during a meeting with representatives of the Ministry of Education a day before it was publicly announced.

In the meeting, community members were given a chance to make suggestions regarding what should be done with the building which once housed the primary school, but so far no decision has been made.

But whatever the decision about the future use of the building it will not ease the hurt of residents who are adamant that the school should not have been closed.

"It really affect the community because we didn't expect something like this to happen," said Jermaine Gordon.

"Just when my little daughter was supposed to go we were informed that the school would be closed. And now the bridge ... they are gonna work on the bridge and so it is closed off. The taxi drivers have to go all the way around so it is more expensive," added Gordon.

He said with the bridge, the main link between their community and the rest of Jamaica, closed for repairs, taxi operators have hiked their fares from $150 to $200 for adults, and $100 for children.

The education ministry has responded to the concerns about the increased transport cost for the students and has contracted Desmond Creary, a taxi operator who lives in the community, to transport several children from Pear Tree River to Port Morant Primary and back.

"I arrange to carry them two trips in the morning, carry one set seven o'clock and the other set seven fifteen. I live in the district and I know the kids, so it's easy for me to pick them up and carry them home. They (the ministry) pay me monthly," said Creary.

While many parents are thankful for this assistance, they are still upset that the Pear Tree River Primary School is no more.