Remittances … A lifeline for the elderly 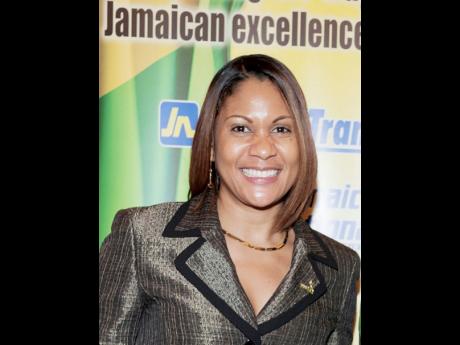 Estelle Parks, an 87-year-old farmer, relies on remittances from her children and grandchildren who live overseas to survive.

Parks, a widow, who used to farm in Westmoreland, retired after she developed arthritis in her hands. As a result, remittances have been the main source of funds to meet her living expenses.

She also receives a small pension of about $5,600, given that her husband was a former sugar worker. "But, the $5,600 per fortnight was not enough to pay my utility bills, fill my prescription and buy food. Now, I am receiving help from my children and grandchildren who send money to cover these expenses," said Parks.

It is a similar story for 75-year-old Richard Blake, who depends solely on the remittances from his children to meet his expenses.

"The remittance really helps me because, in addition to covering the bills, I have something left back for bus fare to go about my business and pay tithes at church. If it were not for that money from my two children abroad, I know I would have it hard," said Blake.

Data from the Bank of Jamaica (BOJ) indicate that remittances to Jamaica continue to increase, with the latest figures showing that in May 2015, Jamaicans received US$175.3 million in remittances, which was US$3.5 million more than the corresponding period in 2014.

In the case of the elderly, the majority use the funds to pay utility bills and rent; purchase food and medication; as well as to cover their transportation cost.

Angella Toyloy, executive director of the National Council for Senior Citizens, was unable to give an exact figure as to the number of elderly persons in Jamaica who rely on remittances for their day-to-day survival; however, a 2010 BOJ survey indicated that about six per cent of all remittance recipients were retirees 65 and over.

At the same time, Leesa Kow, general manager of JN Money Services, owners and operators of the JN Money Transfer, pointed out that remittances do play a part in the survival of seniors, based on studies done by various multilateral lending organisations.

"Studies by the IDB and World Bank indicate that in most Latin American and Caribbean states, a portion of remittances goes towards taking care of elderly persons, with many relying entirely on remittances to survive," said Kow.