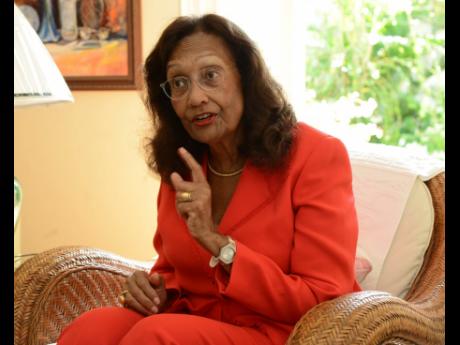 Ian Allen
Dorothy Pine-McLarty, chairman of the Electoral Commission of Jamaica (ECJ). The ECJ has proposed the prohibiting of the publication of any new opinion poll results or any unscientific opinion surveys 48 hours before election day. 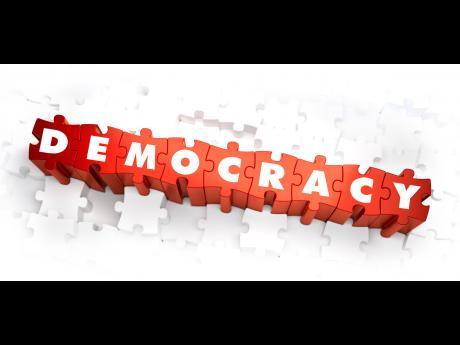 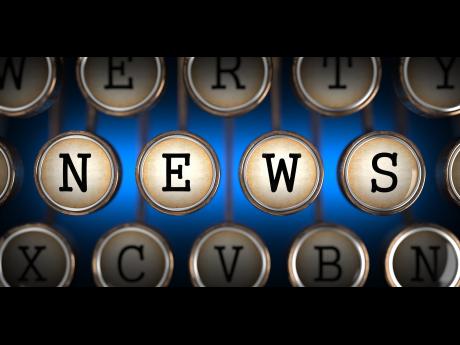 A new law is being worked on to suppress democratic expressions and to imping on the constitutional rights of freedom of the press and freedom of expression.

This attack on constitutional rights is being led by the Electoral Commission of Jamaica (ECJ), which has proposed the prohibiting of the publication of any new opinion polling results or any unscientific opinion surveys 48 hours before election day.

Parliament has already agreed to the suggestion, which is contained in the ECJ's 2013 Campaign Finance Report.

That is the same report which proposes an amendment to Section 81 of the Representation of the People Act (ROPA) to include the cessation of political broadcasts and campaign advertisements 24 hours before election day.

Section 81 of ROPA prohibits the holding of meetings in public places within 24-hours of the time fixed for the opening of poll on election day.

Now, without any justification in its report for a need to amend the law, the ECJ is pushing the suggestions down our throats. The commission has not said what harm is being done to the society and the extent to which the electoral process is being undermined by the publication of opinion polls and unscientific information two days before an election.

Similarly, the ECJ has not said what danger is being averted by seizing political broadcasts and campaign advertisements 24 hours before election day. To our mind, it seems like an attempt to expand the provision which sees marches and public gatherings banned 24 hours before polls open. But should one look deeper behind this provision, we may be able to recognise that the ban may have been a response to violence and intimidation associated with last-minute campaigning.

I am not prepared to embrace the proposed amendment to Section 81 of the ROPA to include the cessation of political broadcasts and campaign advertisements 24 hours before election day unless I am confronted with overwhelming research evidence that the current situation is putting our democracy at risk.

The prohibition of the publication of any new opinion polling results or any unscientific opinion surveys 48 hours before election day should not be entertained. As it stands now, campaigning can take place up to 24 hours before an election, and those campaign activities can swing a seat one way or another. Yet, media are being told that if it picks up a swing or a hardening of position among potential voters, either in a poll or in a sounding, the new discovery may not be reported.

Not only is the proposal disrespectful to the intelligence of the voters, but it is a slap in the face of freedom of expression. What harm is being done to democracy if, on the day of election, a media house decides to predict results or publish its opinion polls?

Policies must be data-driven, and the ECJ is awash with resources. Each commission post attracts a $9-million salary per year and there are eight commissioners. They must deliver proper, well-researched proposals to the Jamaican people. I am not convinced that these two proposals are anything but a knee-jerk response by the commissioners to the reality of the Information Age.

There is also the issue of the entrenchment of the capture of publicly owned media by political parties at the time of elections. In the past, we have seen where agencies like the Jamaica Information Service has being used to advance propaganda which redound to the benefit of the governing party. The ECJ is now proposing to level the playing fields in ways that will enhance and strengthen the ability of the political ombudsman and the Broadcasting Commission to execute their responsibilities relating to election campaigns.

So, for example, it says a registered political party shall have a right of access to, and use of, state media, both print and electronic, on terms and conditions no less favourable than those offered to another political party. The ECJ says, too, that programmes shall be offered on an impartial and non-discriminatory basis to all political parties and must be aired as far as possible at times when the broadcasts are likely to reach the largest audiences.

The proposals, however, cannot achieve the desired objectives. Consider, for example, a recent story by the JIS about the upgrading of the Rowlandsfield Health Centre in St Thomas.

The upgrade was funded through the Sugar Transformation Unit of the Ministry of Agriculture and Fisheries with support from the European Union. The voice of Dr Fenton Ferguson, who is the health minister and the member of parliament for the area, runs straight through the story.

That piece, though not a campaign feature, gave prominence to Dr Ferguson who is fighting for his political life. But guess what? The story was legitimate. A $13.9-million transformation in a facility that offers the potential of better health care is a story. The challenge, however, is separating the politics from the governance issues, which is virtually impossible.

Better things to do

The argument sounds good, but it is only setting up the media worker who knows that state media operates for, and mainly on behalf of the party in power. The ECJ is focusing on doing the impossible. This awesome body should consider withdrawing these proposals and place them on the table when it has being able to do simple things like ensuring all political posters and banners are properly marked.

Did you know that under ROPA, every bill, placard, or poster, having reference to an election, shall bear upon the face thereof the name and address of the printer or publisher? Yep, that is the law, a breach of which attracts a fine not less than $5,000 and no more than $20,000.

The ECJ should either move to amend this provision or remove it before embarking of any further mockery.