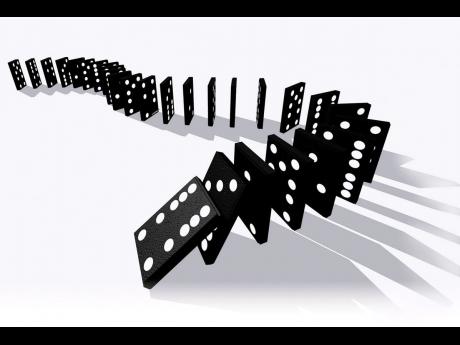 Games fans and local residents of Port Maria, St Mary, turned out in their dozens recently for the final of an entertaining police initiative that aimed to improve relations between local businesses and the communities they serve throughout the parish.

Speaking after a closely fought series of battles that were eventually won by the St Mary Bes' team, Miller told The Gleaner: "Today, we hosted the semi-final and final of the St Mary CSSB Business House Domino League, and I think it was pretty successful.

"I was looking for a way to bring the business together, outside of the meetings the police normally hold with businesses in the parish, and decided that a domino tournament would be a good idea because it is something I love.

"I think it is really important for the police to engage with businesses and communities in this way because these are the relationships that will help save the nation at the end of the day.

"It is no longer the case where the police officers can remain at the station and expect things to happen; community policing is the way forward."

In addition to the culmination of the tournament, the day-long event also included exhibition matches such as Rastas vs the police and politicians vs church leaders; and a closing ceremony, where the winning team were presented with their trophy and $40,000 cash prize.

Looking ahead, Miller hopes to expand the project in 2016. He said: "This tournament was the guinea pig. Now that the programme has been established, next year we are going to go much harder to get more businesses involved because this wasn't really just about playing dominoes.

"It is about building relationships with business partners throughout St Mary, so that other parishes can buy into and adopt the programme, and have one of their own."

He said: "Compared to the football and cricket competitions the police normally engage in, this venture is unique and really brings out a completely different set of people from the community.

"If you look around, you will see there are youngsters and people who are in their 70s playing dominoes, so this tournament has something for everybody and has really helped to bring the community together."