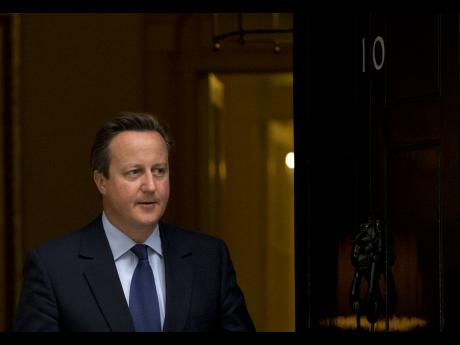 Last week the government said it was expecting two special guests to the island between September 29 and October 1.

It did not name the guests.

However, in a release this morning, the OPM said Cameron will arrive on Tuesday afternoon and depart the island Wednesday.

Jamaica's parliament has confirmed that Cameron will address a joint sitting of the Upper and Lower Houses of Parliament Wednesday morning.

He is expected to make his presentation to the 84 members of both the House of Representatives and the Senate in an uncharacteristically early sitting, beginning at 8:25 a.m.

The British Prime Minister will also participate in a floral tribute in honour of soldiers of World Wars I and II and bilateral discussions with Prime Minister Portia Simpson Miller.

OPM has also confirmed that the Japanese Prime Minister Shinzo Abe will arrive in Jamaica on Wednesday.

He is scheduled to depart on Thursday.

He will join Cameron in the floral tribute in honour of soldiers of World Wars I and II.

He will also hold bilateral discussions with Prime Minister Portia Simpson Miller, and participate in a Dinner Reception with representatives of the Jamaican Government, business community and civil society.