Britain to spend 25 million pounds on new prison in Jamaica 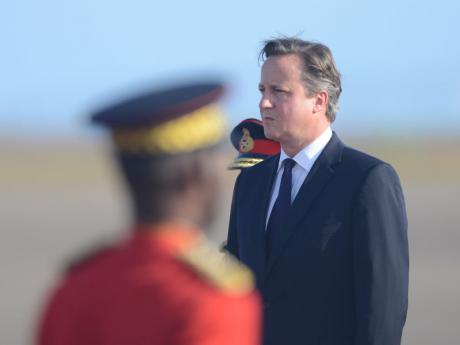 British Prime Minister David Cameron on his arrival at the Norman Manley International Airport in Kingston this afternoon.

The BBC is reporting that British Prime Minister David Cameron has announced that Britain will spend 25 million British pounds to build a prison in Jamaica.

According to the BBC, the new prison will house hundreds of Jamaicans serving time in Britain.

“It is absolutely right that foreign criminals who break our laws are properly punished but this shouldn't be at the expense of the hardworking British taxpayer," Cameron is quoted as saying.

"That's why this agreement is so important. It will mean Jamaican criminals are sent back home to serve their sentences, saving the British taxpayer millions of pounds but still ensuring justice is done.”

More than 600 Jamaicans are said to be behind bars in Britain - the third most from any country.

The BBC says the Jamaicans cannot be repatriated because of fears that poor jail conditions here would allow a successful challenge under human rights law.

It’s reported that the deal could save British taxpayers 10 million British pounds a year when prisoner transfers begin in 2020.