Immigration Corner: Pregnancy problems in the US 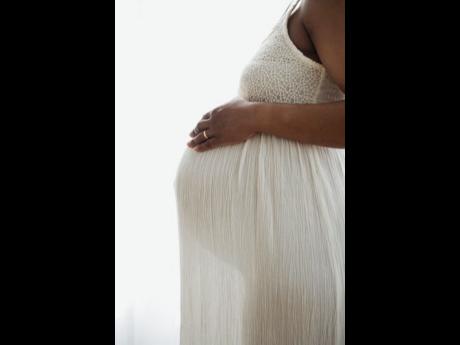 I'm from Egypt. I visited the United States (US) more than seven years ago while I was seven months' pregnant. I didn't have any intention of giving birth there.

No doctor agreed to see me because I had no medical insurance, even though I told them I'd pay in cash. They said they wouldn't take responsibility with a pregnancy that was already so far ahead.

When I was in labour, I went to the hospital nearest to my uncle's place (where I was staying). It was a private hospital. They asked how we would pay. We said by cash. They accepted. When we were checking out they told us the bill was US$25,000. Of course, we were startled as we were told the average was US$7,000 to US$10,000.

The accountant was very understanding and told us she knew it was a big sum of money and, if we couldn't afford it, she would handle it. She said we would not be liable to the hospital.

The second time I got pregnant I wanted to give my second daughter US nationality, like her sister. We were told if we went to a public hospital we wouldn't have to pay money.

While at the hospital, I met another pregnant woman who told me I needed a card to get the free medical service. She charged me US$700 to get my a card. I used it and everything went smoothly.

I travelled many times after that to the States, with and without my girls, and my visa was renewed twice.

I went to renew my daughter's passport here in Egypt. The person at the embassy refused to issue a passport. I was questioned whether the baby in the passport photo was my daughter. I was asked to produce timeline photos of her, since she was born until now, and to email them to the embassy, which I did.

I received an email asking for an interview with the consular, and to bring all hospital receipts. I don't have any receipts and I don't understand what went wrong. What am I supposed to do now?

When a person goes to the hospital to have a child in the US, if they do not have health insurance, or cannot afford to pay for the expenses associated with the birth of the child, the hospital will assign a social worker who will apply for Medicaid on behalf of the indigent mother.

With the birth of your second child, it appears that you paid someone for what might have been either a fake card, or someone else's Medicaid card; or the person to whom you paid the money may have applied for a Medicaid card in your name, on your behalf, albeit illegally.

It appears that the hospital accepted the card and you did not receive a bill for the birth of your child.

When you accept government services such as Medicaid, your bills are paid by the US taxpayers and you have become a charge upon the government of US. Somebody paid the hospital for the expenses you incurred, and that was the taxpayers.

This is why the consular officer at the US embassy in Egypt is now asking for hospital receipts. They want to see that you paid for the birth of your child. If you cannot prove that you paid, the child will still get her US passport because she is a US citizen, but your visa will be revoked or not renewed, notwithstanding that you had previous visas renewed or were previously granted entry to the US.

- Dahlia A. Walker-Huntington is a Jamaican-American attorney who practises immigration law in the United States; and family, criminal and personal injury law in Florida. She is a mediator, arbitrator and special magistrate in Broward County, Florida; and an adjunct professor at Miami Dade College's School of Justice. info@walkerhuntington.com