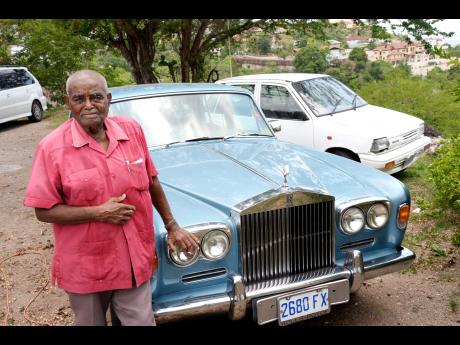 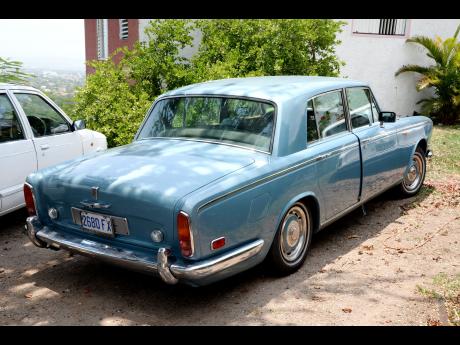 Gripping corners with his 1950s Mercedes-Benz Sedan on the Newcastle road in the 1960s and taking home the Hill Climb trophy was a memorable moment for retired army Major Victor Beek as he sat down in his Rolls-Royce Silver Shadow to share his love for classic cars.

This 92-year-old is a fanatic for classic cars, having owned 22 Mercedes-Benzes, six Morris Minor 1000s, one Austin Headley, a Model A Ford and a 1960s Studebaker. Beek, at his age, has no intention of taming his passion for vehicles and when he started listing the classic cars he has been through, his enthusiasm was colossal.

"I have had so much fun and pleasure driving these [cars] through the years," said Beek with a nostalgic look on his face.

Beek was the first president of the Jamaica Motoring Club and has been a senior member for more than 20 years and was also the first commanding officer of the Air Wing.

As a young boy growing up, he enjoyed driving around with his father. He got his first car in his early 20s and though he is a pilot by profession, he could not get over that strong feeling of racing cars. He would race any car as long as he got behind the wheels; his mind was set on putting the car to the test.

"I really like antique cars," Beek revealed while looking at the dash-board of his 1972 Blue Rolls-Royce Silver Shadow, affectionately called 'Rolls Blue'.

After passing the car that was owned by a former custos so often, he became passionate about acquiring it. Having already owned a Rolls-Royce, Beek was familiar with the comfort and luxury of the car, which expedited the process for him to purchase it.

"This car is the best, because it is an ordinary car made to the highest standard of perfection in motor vehicles," he explained.

According to Beek, whenever he drives in his Rolls-Royce, he feels like he is gliding on a sailboat on the lake, especially when he turns on the AC and the radio, and he has somehow entered into a different world.

He shared that although his younger family members don't like him doing much flying, he still tries to get a view of the city and look down on his cars whenever he gets the chance to fly.