Not our idea ... British High Commissioner responds to media exclusion 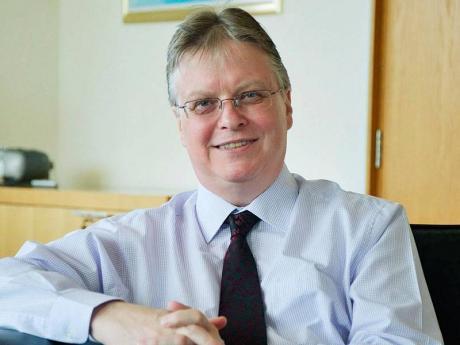 British High Commissioner to Jamaica, David Fitton has said it was not Britain’s idea to exclude media interviews for the visit of Prime Minister David Cameron.

The Press Association of Jamaica had raised concern that there was no opportunity for the media to question Cameron or Jamaica’s Head of Government, Portia Simpson Miller after they presented statements following bilateral talks at Jamaica House on Tuesday.

In a post yesterday, after complaining to the Office of Prime Minister, the PAJ said Jamaica House said the decision to exclude media interviews was at Britain’s request.

But speaking with journalists today, Fitton said Britain was not to be blamed.

“We certainly didn’t say let’s not have any questions after the statements,” he said.

Two members of the local media were eventually allowed to question Cameron at the National Heroes Park yesterday, after the PAJ wrote to the British High Commissioner saying it found the restriction unacceptable.

In the meantime, Fitton has explained that Cameron’s tight schedule impacted the possibility for engaging the media during his 18-hour visit.

However, he has sought to reassure the PAJ that there was no intention to snub the local media.

“We did our best, on a very tight schedule,” said Fitton acknowledging a letter from the PAJ for expressing appreciation for arranging the interviews albeit with a small press corps.