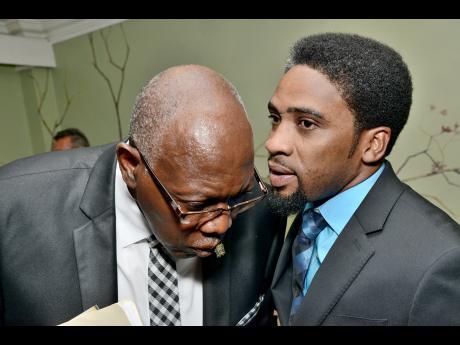 Chairman of the South East Regional Health Authority (SERHA) Dr Andrei Cooke says the failure of parents and school administrators to isolate children who display symptoms of the hand, foot and mouth disease has contributed to its continued spread.

According to the latest figures released by SERHA late yesterday, the number of schools with confirmed cases of hand, foot and mouth disease has now reached 53.

SERHA says 24 of the schools with confirmed cases are in St Catherine, 18 are in St Thomas while 11 are in Kingston and St Andrew. The agency says it is investigating nine more schools in St Catherine and four in Kingston and St Andrew.

Dr Cooke told The Gleaner/Power106 News Centre that public education and participation is critical to curtailing the virus.

He cautions that if parents and schools administrators do not take steps to isolate children when symptoms of the disease are first detected then the number of cases could continue to rise.

He is appealing to parents and schools administrators to be more vigilant in monitoring children for symptoms of the disease.

Note: The headline on this article has been modified. The previous headline might have conveyed that Dr Cooke was blaming parents and schools for the hand, foot and mouth disease spread. This was not accurate.