313 children in 98 schools indentified with Hand, Foot and Mouth disease 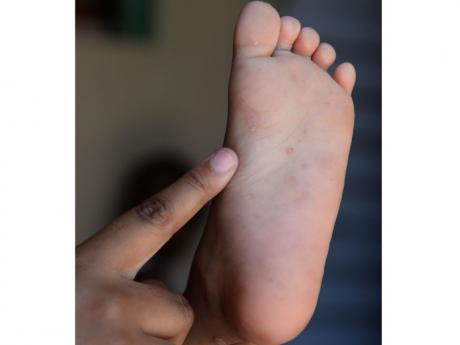 Only schools in the parishes of Trelawny, Hanover, Manchester and Clarendon have not been affected by the disease.

The latest update from the Ministry of Health is indicating that all except four parishes have been affected by the hand, foot and mouth disease.

In a joint press conference today with the Ministry of Education today, Health Minister, Dr. Fenton Ferguson, disclosed that as of Thursday, there were 313 reported cases of the disease in 98 schools.

Only schools in the parishes of Trelawny, Hanover, Manchester and Clarendon have not been affected by the disease.

The health minister noted that most of the cases reported were from schools in St Catherine which accounted for 153 cases in 38 schools.

Meanwhile, Ferguson said 11 schools have been closed because of the outbreak of the hand, foot and mouth disease.

The health minister pointed out that not all the cases of the disease are current as in some instances schools reported cases from as far back as a month ago.

According to Ferguson, the health ministry has heightened its surveillance system islandwide to ensure that cases are reported in a timely manner.

He further outlined that the parish health departments have been doing their investigations and follow up actions in the affected schools.