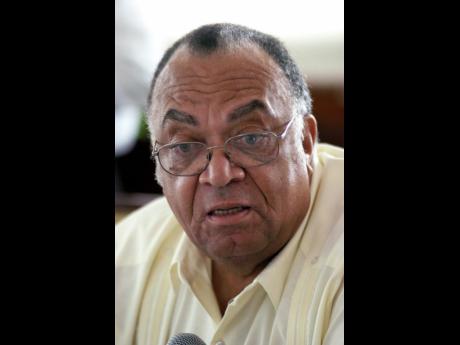 Ambassador Derrick Heaven, the former executive chairman of the Sugar Industry Authority (SIA), says the 2010 divestment of the local sugar factories has not produced the desired result as the new players in the sector are now struggling to keep pace with what is unfolding on the wider global stage.

"We have been weaned on the situation, where for the past several hundred years, we have been making one product - raw sugar, particularly for the mother country (England) and Europe," Heaven told The Gleaner in a recent interview. "The situation has changed, but I don't think we have changed as quickly as we should, even though we were aware of the implications."

Heaven is the immediate past chairman for the Council of the International Sugar Organisation.

not the success anticipated

"We believed that the taking over of the industry by private owners would have done better, but I am not sure that the people who have taken over the industry have done all that they should in a manner to ensure the success that we anticipated, and without a diversified market, we will not survive," noted Heaven.

The 2017 reforms to the European Union's common agricultural policy will result in the abolition of sugar quotas, bringing to an end the preferential treatment enjoyed since 1975 by African, Caribbean and Pacific (ACP) sugar producers, including Jamaica.

Within recent years, Allan Richards, the outspoken chairman of the All-Island Jamaica Cane Farmers Association, has been warning that there could be a significant fallout to include the loss of thousands of jobs, if there is not a transformation from a single to a multiple-product sugar sector to meet the new regime.

"All of this is elementary and is something that we should have done two or three decades ago," said Rickards in a recent Gleaner interview.

Karl James, the general manager of Jamaica Cane Products Sales, has also been calling for changes over the years, arguing that a value component was needed to keep local sugar viable.

"I have advocated for value-added over the years because our sugar is only going to the bottom of the ships in bulk," said James. "This attracts the lowest price. More so, we have to improve on the quality of our product for 2017."