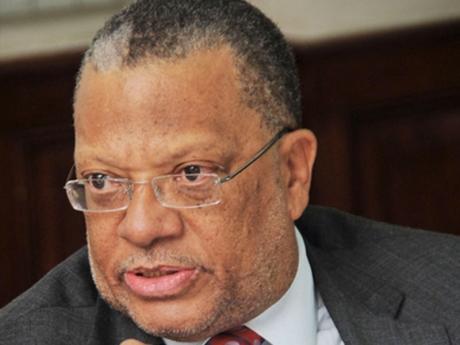 Peter Phillips says the Jamaican government would not do what the IMF is suggesting.

Jamaica's finance minister Dr Peter Phillips has disclosed that the International Monetary Fund (IMF) is pushing what he calls wholesale and massive job cuts for Jamaica to meet a wage target under the four year loan deal.

However, speaking on Power 106FM, during his call-in segment on Cliff Hughes Online yesterday, the finance minister said the Jamaican government would not do what the IMF is suggesting.

Last week, in a report on the country's performance, the IMF said Jamaica faces undesirable policy options if it is to achieve the target of cutting public sector wages to nine per cent of gross domestic product (GDP), which is the total value of goods and services produced.

The IMF said such options would have to be considered because new wage agreements signed, so far, exceed the target and remain on course to stand at 10.1 per cent for the current 2015/2016 financial year.

Under the IMF deal, Jamaica has committed to meeting the nine per cent wage target for the upcoming 2016-2017 financial year.

Phillips told listeners that the government will concentrate on accelerating the pace of public sector reform and modernisation to achieve the target.

He pointed also to the need to advance work on natural attrition and voluntary separation.