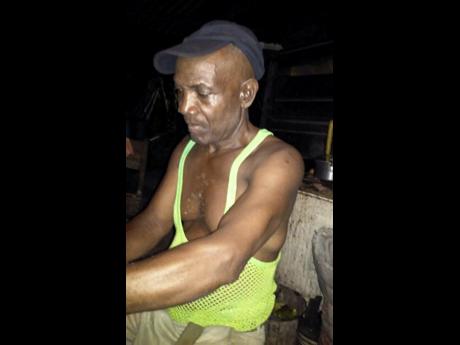 Boasting at every opportunity about his strong Adventist roots, Almond Scott, affectionately called 'Scotty', is extremely defensive when questioned about his reason for not attending church regularly.

Scotty, who runs a mini jerk centre along Lower West Street in Port Antonio, Portland, is always quick to remind friends and others about his religious background, which stems from his deceased mother, who, while living, ensured that he attended the Seventh-day Adventist Church regularly.

"I am an Adventist," commented Scott."I was born and raised in an Adventist Church, but somehow drifted a little; however, it is still my religion for life. I visit from time to time, especially during a funeral, but one thing for sure, it is the only true church (religion). I still have my jacket suits and tie, and it is only a matter of time before I return to church full time," he added.

But while Scott, who admits that he is addicted to playing dominoes, contemplates a grand return to the Adventist Church, the question asked by most of his friends and associates is: How is it that a man who claims to be deeply rooted in the Adventist faith is also involved in the rearing of pigs for a living?

The self-proclaimed Adventist was quick to point out and admitted that he is, in fact, involved in the rearing of pigs in his hometown in the parish of St Mary, but that it is the only lucrative business for him, which enables him to adequately support his children in school along with other family members from proceeds earned from the sale of the animals.

Continuing, Scott said, "I see myself as a provider for my family. In life, one has to do what one has to do to take care of the family, especially when children are involved. With time, I hope to give up my pig-rearing business and walk the straight and narrow path. I am not perfect, but perfection comes through Jesus Christ, and He will strengthen me."