Bishop Powell’s Journey to the Podium 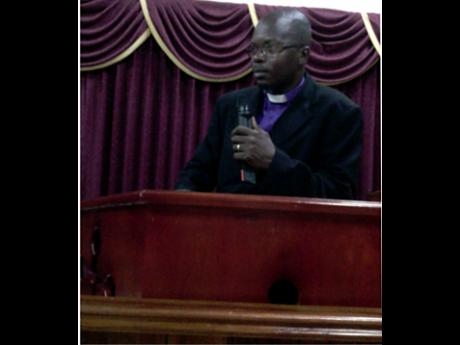 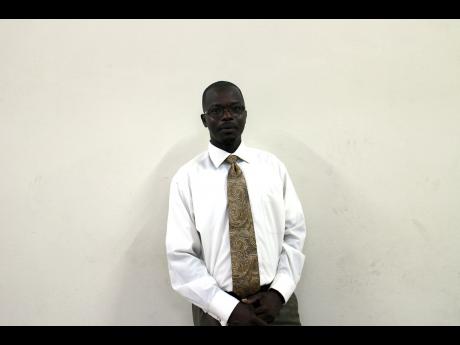 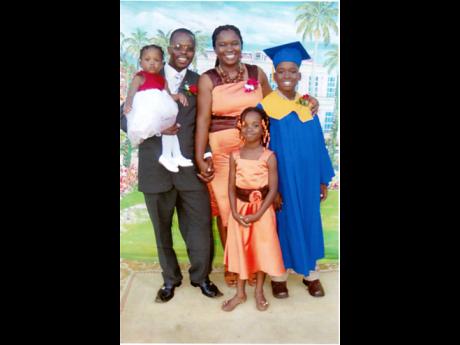 As a young lad, Bishop Andrew Powell was not shy in expressing his wish to become a pastor. In fact, he would readily tell anyone who would listen about his passion for the field for which he was called before birth as his mother was confirmed in the church while pregnant.

Powell, who grew up in the Moravian Church, later started attending the Church of God when his father got saved and took the family with him. He ultimately affirmed the call of God in the New Testament faith.

"I wasn't someone you would call a rebel, but you know what they say about boys being boys. My brother and I used to fight so much in grade five in primary school, but they (the teachers) knew something was special about us nonetheless because they would always call on us to pray. We were the prayer warriors in the school. Nobody could pray like us," said a cheerful Powell.

He added: "But amid it all, I made the final decision later to walk fully in the ways of God. I was converted and baptised at the Escarpment Road New Testament Church. That church changed my life. It opened my eyes, and after being baptised, I felt empowered. I felt I could do wonderful things for the Lord."

Enrolling in the Bethel Bible College years later, Powell was successful in attaining a Bachelor of Arts in theology and the confidence to speak.

"It has been four years now since I have been in ministry officially, and it has been great. My first speaking engagement was in college for a discipleship class graduation, and I fasted and prayed about it, and I was pleased that it was well-received. Now, I am at the Grey Ground New Testament Church, and it has been quite an experience."

"You can't behave as if you are better than people. I remember once we were having a two-week crusade and a 'don' in the area was having a dance, and he waited until the crusade ended. I know if I hadn't met with him and gained his respect, he wouldn't have done that.

"And if I may add, that very crusade saw us casting out demons from a sister who was possessed and actually came to disrupt the crusade. I tell you, God is good."

A multitalented minister of the gospel, Powell does everything he possibly can at church, with his greatest support being his family.

"Sundays are hectic for me, but I would have it no other way. When my family and I get ready for church, I head out and make two trips to transport members to church. On any Sunday, when a musician is missing, I can play the keyboard, the drums, and the bass guitar. I will even teach the new converts/discipleship class, and, of course, provide the sermon.

"Had it not been for my lovely wife, Otilia, with her genuineness and her energy, ministry would not have been this easy for me. She, along with my children, Jordon, Kaylia, and little Leandre, give me the motivation to press on doing the work of God."

Guided by Acts 13:36 and Matthew 16:24, Powell believes his purpose on Earth is to serve his generation.

"I remember once, when I lived in Kingston and I was on my way home, there was gunfire all around. That night, my housemate and I had to take cover under the bed, and I said to myself, 'If God spared my life, then I must devote it to helping others, to empowering youth, not just spiritually but educationally'. The Church saw me when the gutters refused me, and, because of that, I must serve selflessly."