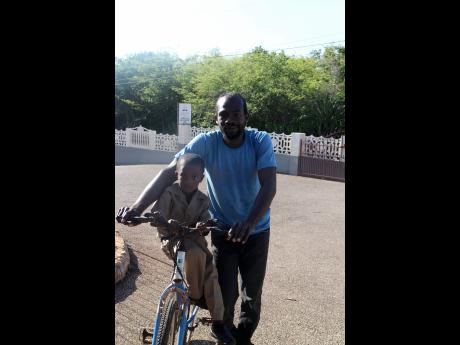 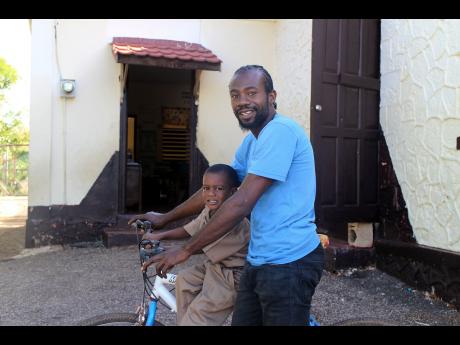 n unparalleled feeling of pride fills the heart of a man who is about to become a father, but can you imagine the emotions of a man who has to play nurse and deliver his own baby?

Wayne Brooks was about an hour away from home, on his way to a football match, when his girlfriend called him complaining of possible labour pains. He had anticipated this, but as it became more evident, nervousness became the order of the day.

"I called a taxi and asked him to go by the house, but him say him deh 'bout 20 minutes away. (So) me jump pon me bicycle and head back home, but when me reach, di taxi was nowhere in sight."

By this time, Brooks could see that the pains his girlfriend was experiencing were becoming more unbearable, and so he decided to get another car.

"This lady came by the house, and, I tell you, she was a godsend. She was there helping to calm my girlfriend until the taxi came. Me call back di taxi again and him say him five minutes away. Me start get things ready now."

He continued: "When di car reach, my girlfriend said she feel like her back a go break and she can't walk. Same time, me hold her and she let go all her weight on me."

As Brooks found a way to help the soon-to-be-mother of his child and get the items to the car, he could not have been prepared for what was to happen next.

"Me only hear when she say, 'Hol him, Wayne!' By time me look, the baby was coming out - right ina me hand! Me hold him, and me hear the baby cry out, and then he peed all over me. All of this happened right at the car door, so me wrap up the baby quickly and headed to the nearby clinic to see if we could get the navel string (umbilical cord) cut, but we ended up having to go to the Mandeville Hospital."

Brooks, who beamed with pride as he spoke to Family& Religion, said he was overcome with emotion that day and knew from the onset that he and his son would share an unbreakable bond.

"Me eye full a water di whole time, but me dry it up quick before nobody see. During all that time, I was just happy."

His own father leaving his life for most of his adolescent years, Brooks made a vow to never allow his son, at any stage of his life, to know what it felt like to be without a father.

"I do everything I can, man. I take him to school every morning, and it's about 30 minutes to the school, and I bring him home every evening. I attend PTA; me carry him out when we ready; we watch TV together; we play games - everything, man," laughed Brooks.

"I just want the best for my son, and that is why, for one, I bring him out here to this school. The environment is nice, and it's just one big, happy family, and I want him to get the foundation from early."

Describing his son as the exact person he was as a child, Brooks says it's easy some days to manage him.

"Him likkle and troublesome, you see, but he is determined and he likes a challenge. Probably the only difference with him is that he doesn't like football, and I am actually a great player, but you have to allow your children to find their own things that they like and help them as much as you can."

"My love for him grows every day, and it nah stop. Him mek me proud. Sometimes him ask me some puzzling questions, and we reason like big people. People always admire our relationship, and I pray it gets better in the years to come."