US Coast Guard search for ship caught in Hurricane Joaquin, 33 aboard 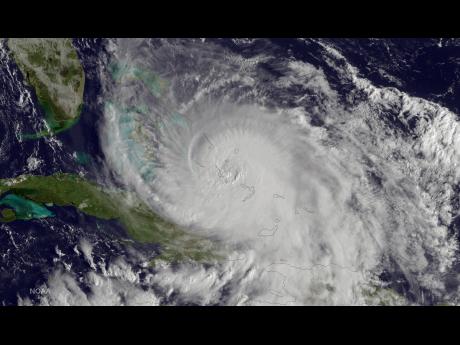 The US Coast Guard resumed its search early today across Bahamian waters for a disabled cargo ship with 33 crew members, including 28 Americans, that lost contact during Hurricane Joaquin, which was moving away from the sprawling archipelago.

The 735-foot (224-meter) ship named El Faro had taken on water and was earlier reported to be listing at 15 degrees near Crooked Island, one of the islands most battered by the hurricane.

The Coast Guard said it hadn't been able to re-establish communication with the vessel, which was traveling from Jacksonville, Florida, to San Juan, Puerto Rico, when it was disabled by the storm.

Officials said the crew - 28 Americans and five Poles - earlier reported they had been able to contain the flooding.

The Coast Guard said it had covered more than 850 square miles in its search so far.

"We're going to go and try and save lives. We're going to push it to the operational limits as far as we can," Coast Guard Captain Mark Fedor said of rescue efforts.

Fedor said there were 20- to 30-foot (up to 9-meter) waves in the area, and that heavy winds could have destroyed the ship's communications equipment.

The ship went missing when Joaquin was a Category 4 storm.

The hurricane has since weakened to a Category 3.

Late Friday, the Coast Guard said the planes and helicopters involved in the search had returned to base because of darkness.

Florida-based TOTE Services, the ship's owner, said in a brief statement that it was working with the Coast Guard and trying to establish communication with the craft.

Joaquin, meanwhile, was moving away from the Bahamas on today. Its threat to the US East Coast was fading as new forecasts showed it was likely to curve out into the Atlantic while moving north and weakening in coming days.

Authorities in the Bahamas were expected to need days to assess damage on the hundreds of islands and cays that form the archipelago.

On Friday, Joaquin destroyed houses, uprooted trees and unleashed heavy flooding as it hurled torrents of rain across the Bahamas.

There had been no reports of fatalities or injuries so far, said Captain Stephen Russell, the director of the Bahamas National Emergency Management Agency.

Officials were investigating reports of shelters being damaged and flooded, as well as two boats with a total of five people that remained missing.

Joaquin had maximum sustained winds of 125 mph (205 kph), according to the Miami-based hurricane center. By early Saturday morning, the storm was centered about 165 miles (270 kilometers) northeast of San Salvador, Bahamas and was moving northeast near 13 mph (20 kph).

Rick Knabb, director of the hurricane center, said Joaquin was expected to pass well offshore from the eastern seaboard.

"We no longer have any models forecasting the hurricane to come into the East Coast," he said. "But we are still going to have some bad weather."

In addition, the entire East Coast will experience dangerous surf and rip currents through the weekend, he said.

"Joaquin is going to generate a lot of wave energy," Knabb said, adding that Bermuda might issue a tropical storm or hurricane watch, depending on Joaquin's path.