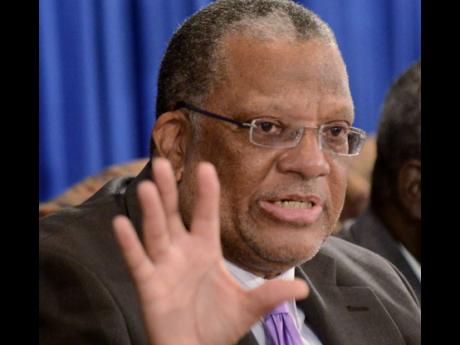 Jamaica's finance minister is to meet with top global financiers and multi-laterals in Lima, Peru as well as partake in a series of high-level discussions surrounding innovative measures for financing the Sustainable Development Goals (SDGs) while there.

The finance minister "will have high-level meetings with other representatives from other multilateral institutions as well as with representatives from investment banks and other financial institutions such as Citibank, Bank of America/Merrill Lynch; and Deutsche Bank, the German global banking and financial services giant. The Jamaican delegation will also participate in the Commonwealth Central Bank Governors’ Meeting," a release from the Ministry of Finance said.

The Ministry of Finance said Dr Peter Phillips will also participate in the second Regional Caribbean Dialogue on new SDGs now being considered by the 70th session of the of the United Nations General Assembly with the G20 Working Group. This is to happen while Phillips also attends the annual meeting of the Board of Governors of the International Monetary Fund (IMF) and the World Bank.

"Dr Phillips and the Jamaican delegation are scheduled to meet with senior officials from the US Treasury Department."

Phillips will also be partaking in the Commonwealth Finance Ministers Meeting from October 6 - 7, also taking place in Lima.

The finance minister departs today and is accompanied by Bank of Jamaica Governor Brian Wynter, Planning Institute of Jamaica Director General Colin Bullock, among others. He will return to the island on October 14.