‘No cause for alarm’- Commissioner downplays increase in crime in Portland 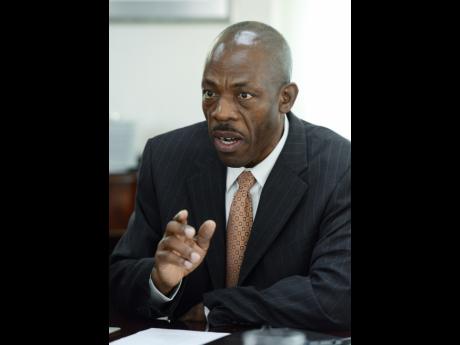 An increase in murders and gun-related crimes in Portland, which is dubbed as the most peaceful parish in the island, is no worry for Police Commissioner Carl Williams, who says there is no real cause for alarm.

After delivering the main address at a police divisional conference in Portland last Friday, Williams told The Sunday Gleaner that the crime spike is being addressed.

"I don't think we should uproot all our traditional strategies that we have in Portland," said Williams.

"Yes, there has been an increase in murders in this parish, and that figure now stands at eight when compared to six last year at this [corresponding] time. However, if you look in some divisions, we have had that number of murders in one or two days.

The police commissioner commended Superintendent Oberlin Smith-Whyte, who is in charge of Portland, and her team, while indicating that operations along the coastal areas of the parish will be stepped up with the implementation of the Get the Guns campaign.

"Ten marine vessels are to be handed over to the JCF Marine Division by the United States government through the US ambassador to Jamaica. Portland is to receive some of those marine vessels.

"This parish has done well and credit must be extended to the team that we have here, along with residents, who have sought to solve their disputes and have protected themselves against criminals operating elsewhere in the country," said Williams.