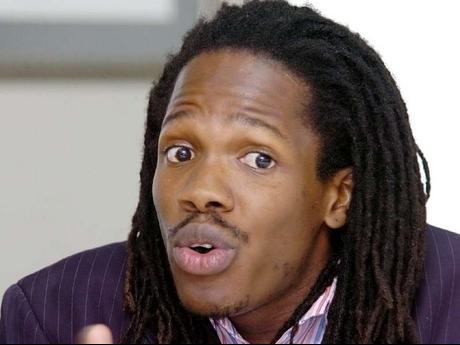 Crawford tweeted "I risked my career for children that I didn't even know most of them names in 30 minutes I will know the returns on the risk #Education."

Less than an hour before the results of the People's National Party run-off for the East Rural St Andrew constituency were announced, incumbent MP Damion Crawford took to social media saying he was awaiting the outcome of what he called "a risk".

Based on the post, the risk had nothing to do with Crawford's recent utterance that he was pulling a trick when he told his constituents that he would not be seeking re-election.

The "risk" was all about the decision of the former university lecturer to step out of the lecture room and into the trenches of politics four years ago.

"I risked my career for children that I didn't even know most of them names in 30 minutes I will know the returns on the risk #Education," Crawford tweeted.

Crawford would later learn that Peter Blake, the man over whom PNP president Portia Simpson Miller chose him as standard bearer for the 2011 general election would get the nod of delegates by a decisive 50-vote majority.

The reactions on social media to Crawford's defeat were swift and his "trick them" comment was resurrected too.

"Because TRICKS are for KIDS!"  @Mjsassy posted on Twitter.

@andreequirum poked fun at Crawford: "Lol hahaha a who get trick now Damion?" he asked.

Crawford, speaking on a political platform a few weeks ago in the heat of the backlash over the 'trick them' comment said he was only seeking to entertain Comrades when he made the utterance.

He had earlier explained on another political platform that the 'trick' was intended to gauge the support for him to determine whether he should seek re-election.

Meanwhile, Crawford is getting support on social media for his "risk" of prioritising education in East Rural St Andrew.

The MP has been insistent that the bulk of the funds available to him be spent on education initiatives.

Some of his constituents have rejected this approach saying children have no votes.

"Regardless of outcome, it is sufficient that history recorded you doing the right thing #EducationForAll," @BartlettMorgan posted on Twitter.

Berto ‏@bertodon also joined in: "Jamaica is doomed if people like u with a vision is kicked out of politics.#lordhelpus #currygoatpolitics #theyhateeducation," he posted.

@becausemiblack was even more direct. He posted: "And so the plate of curry trumps educating the youth...Jamaica inna dark corn piece a swear..."

Assessing Crawford's own comments though, he believes it is the consequence of a political decision he made and executed to make education the priority of his term.