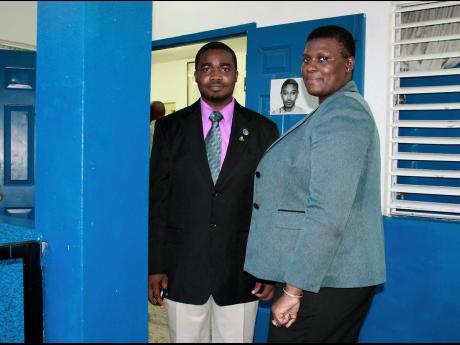 A rundown police station in Islington, St Mary, has benefited from more than $120,000 worth of repairs and renovation work, thanks to a pioneering new initiative by the Seventh-day Adventist Church (SDAC).

Over the last month, the church has spent around $125,000 upgrading the cells and barracks at Islington Police Station, and announced, earlier this week, plans to expand the scheme to dozens of lock-ups across the length and breadth of island.

According to the station's chaplain, Danielo Daniels, the project is part of the SDAC's 125th anniversary celebrations, which aims to forge stronger links with the Jamaica Constabulary Force (JCF), through their shared objective of serving, protecting and reassuring the local population.

He told The Gleaner: "The renovation work at Islington Police Station is the lead-up to a larger project on the 25th October, which is the 125th anniversary of Adventism in Jamaica. On a national level, we have decided to impact all police stations across the 14 parishes.

"We were told of the challenges here at Islington, and being the pastor of the Seventh-day Adventist Church in the area, and also the police chaplain, I seized the opportunity to do some work here.

"We washed and repainted the cells, repainted parts of the officers' barracks, donated things like mattresses to the barracks, and did some plumbing and electrical work.

"When the plumber came and pulled the drainage pipes, we realised that people had been hiding things in the drains, so we found cellphones, sim cards, a pair of pliers and a knife. It was very grim and grimy in there (laughed). I think the work we have done will make a great difference."

Deputy superintendent in charge of the local police's Community Safety and Security Branch, Lorraine Elliston, agreed, noting that although Islington was commissioned in 1999, and is the newest station in St Mary, the building's infrastructure had been largely neglected.

She said: "Today, we had a ceremony to celebrate the Seventh-day Adventists Union's partnership with the JCF. Over a period of time, we saw some deterioration to the station here at Islington and, as a result, the SDAC came in and affected some well-needed repairs.

"It will make a very big difference, especially to the people in custody here because the conditions of the cells were not as good as they should have been, and the SDAC coming in and doing this work has improved the facility tremendously.

"As such, we have to show our gratitude because we really appreciate the time and effort that has been spent effecting these repairs."