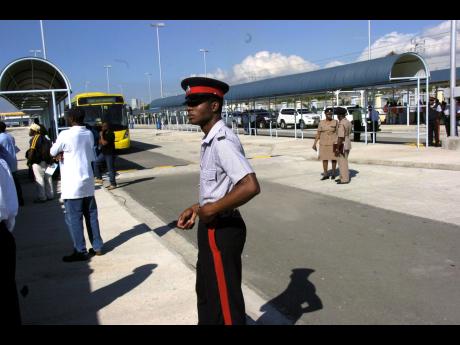 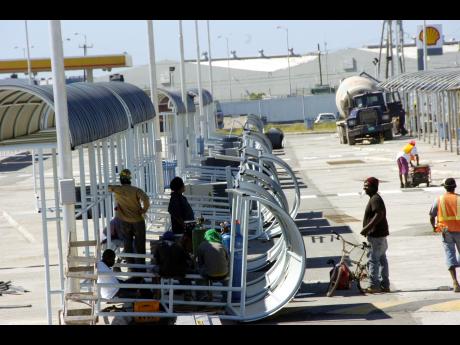 Norman Grindley
Workmen taking a break as they completed work on the Downtown Kingston Transport Centre in 2011.
1
2

The Transport Authority has big plans for the multimillion-dollar downtown Kingston Municipal Transport Centre, which has remained largely underutilised since it was opened in 2011.

The authority has leased the Water Lane-based facility from the Urban Development Corporation (UDC), which spent an estimated $400 million to construct it and has been spending approximately $10 million annually to maintain it with not much to show as a return.

Now, the UDC will collect $ 900,000 from the Transport Authority, which will take charge of the centre.

According to the Transport Authority, taking control of the transport centre will give it the opportunity to roll out its strategic plan to rationalise and streamline traffic management and public transportation logistics and flow in downtown Kingston.

"We are aiming at reducing the overall congestion in the downtown Kingston area," said Donald Foster, managing director of the Transport Authority.

Foster said the Transport Authority is looking to provide a safe, comfortable, and efficient service, while hoping to contribute to reducing the congregation in downtown Kingston and improving the logistics flow.

The transport centre is now being used as a terminal and holding facility for the operation of 298 rural stages carriage buses, including those of the north-eastern parishes of Portland, St Mary, and St Thomas.

On a phased basis, 119 buses utilise the facility on a daily basis with it operating for 12 hours each day.

The Transport Authority says a dispatched system is maintained, where operators are dispatched from the centre to Parade for pick-up based on a timetable and the flow of passengers in the area.

The lack of use of the transport centre has long been a contention, and more than two years ago, UDC chairman K.D. Knight, announced plans to drive more traffic to the facility by allowing some commercial activities there.

"We will be moving to improve the facilities at the centre to allow for controlled vending for the convenience of commuters," Knight told The Gleaner.

"So, there are now activities at the centre, and income is being generated," added Knight as he declared that talks were under way to expand the use of the centre.