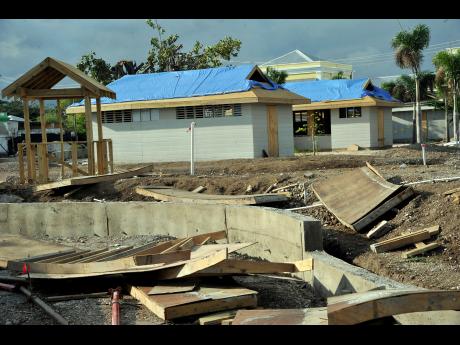 Norman Grindley
New shops under construction at the proposed Festival Marketplace and Food Bazaar, adjacent to the Kingston Craft Market in downtown Kingston. 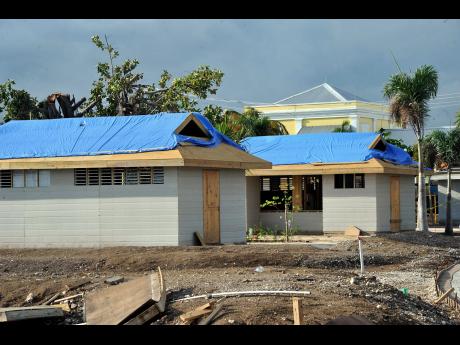 Norman Grindley
Another look at the shops under construction at the proposed Festival Marketplace and Food Bazaar, adjacent to the Kingston Craft Market in downtown Kingston. 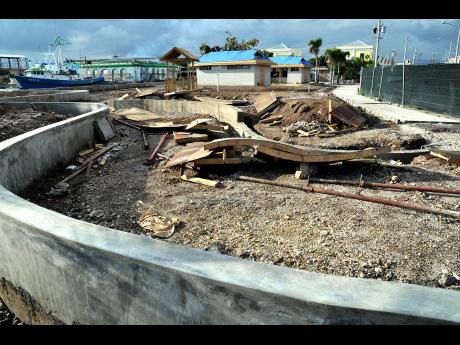 at the proposed Festival Marketplace and Food Bazaar, adjacent to the Kingston Craft Market, in downtown Kingston.

The marketplace is intended to be one more element and attraction in the development of the Kingston Waterfront for which the Urban Development Corporation (UDC) has development responsibility.

It will be a waterfront extension of the renewed market and commercial districts to the north, as well as the terminal point of the existing east-west pedestrian arcade and promenade.

Phase one of the project, which is under way, will see the completion of the food bazaar area with vending kiosks and recreational seating.

In addition, the parking lot will be upgraded so that it can double as a multi-purpose outdoor recreational and entertainment space.

Other phases will see development of facilities for in-bond and local shopping; restaurants and bars; multi-use commercial/office space; indoor/outdoor exhibition space; vendors' arcade; and a marina and docking facilities.

Phase one of the project, which is expected to be completed by the end of this year, includes hard surfacing and pathways being done by Chin's Construction and Contra Construction at a cost of $68 million.

The marketplace will span approximately 3.6 hectares, or 8.9 acres, of the waterfront.

In the second phase, a pier is to be developed beside the marketplace as part of the redevelopment of downtown Kingston.

According to UDC general manager Desmond Malcolm, the pier would accelerate changes in downtown Kingston.

"The UDC and the PAJ (Port Authority of Jamaica) believe that the cruise ship will be coming back to Kingston. We are working to ensure that it becomes a reality. Whet your appetite on that," Malcolm told The Gleaner three months ago.

"That will be a game changer in terms of the development of downtown," added Malcolm.