Immigration Corner: I was caught in a lie 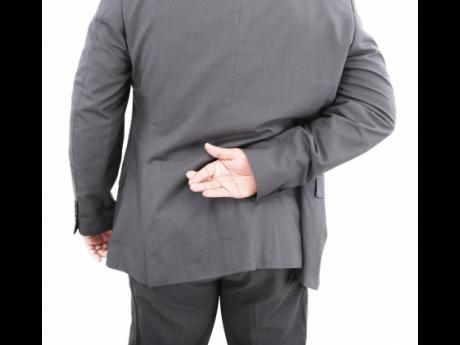 A month ago, I was denied entry by immigration officers in Charlotte, while travelling to New York City from Jamaica. They took me to the inspection room to ask some questions re my visit to the United States (US). I told them that I was going to see a friend and shop for my store for just a week. However, they found evidence in my phone that showed that I was in fact going up to work temporarily and also to get married. I eventually had to confess. I received a five-year ban. I need help with my case. I have a list of all the questions that were asked and answers given.

Although you had a US visa that enabled you to legally travel to the US as a non-immigrant visitor, you were found to be in violation of that visa because of your preconceived intent for your travel. Once that was established, your visa was considered void.

A US visa gives you permission to legally travel to the border and ask the US immigration officer for permission to enter the US. Your request for entry was denied for these reasons.

Customs and Border Protection (CBP) has wide latitude to enquire into the purpose of your visit and search your belongings in order to determine whether they should permit you to enter. The same latitude extends to persons who are green-card holders when they, too, are asking to be admitted into the US at the port of entry.

Many people make the same mistake you did, i.e., travel with evidence that indicates that the purpose of their trip is other than what they initially presented to CBP. I am not sure what caused the CBP officer to make an escalated inquiry into your travel plans, but it could have been your travel pattern.

Given that you have a five-year ban from returning to the US, an immigration lawyer would have to examine the documents that you were given when your entry was denied. It is possible that you may only be considered for a waiver in the event of an emergency. It is also quite possible that no waiver may be available to you and you will have to sit out the five-year ban.

- Dahlia A. Walker-Huntington is a Jamaican-American attorney who practises immigration law in the United States and family, criminal, and personal injury law in Florida. She is a mediator, arbitrator, and special magistrate in Broward County, Florida; and an adjunct professor at Miami Dade College's School of Justice. info@walkerhuntington.com