10 firearms stolen in 10 months in Manchester, cop calls for changes 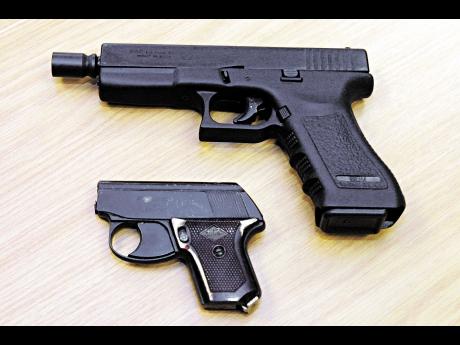 The head of the Manchester Police Division, Superintendent Vendolyn Cameron-Powell  wants the law to be changed so that licensed firearm holders may no longer opt to keep their weapons at home while they are away.

According to Cameron-Powell, since the start of the year, 10 licensed firearms have been stolen in the parish.

She says in a number of these cases, the weapons were stolen from homes while their owners were overseas.

According to the divisional commander, the licensed firearm holders were careless.

However, Cameron-Powell says the owners cannot be charged with negligence, because they are protected under the law.

"The Firearms Act makes provision for them (licensed firearm holders) to lock up their firearms at their homes in safe boxes," she said.

The Superintendent says she hopes the Firearms Act will be amended, so that gun owners can be charged, brought before the courts and locked up for their carelessness.

In the meantime, Cameron-Powell is urging licensed firearm holders to take steps to better safeguard their weapons.

She was speaking this morning on Power 106 FM's Independent Talk.