FULL TEXT: PJ slams David Cameron ... Are we not worthy? he asks 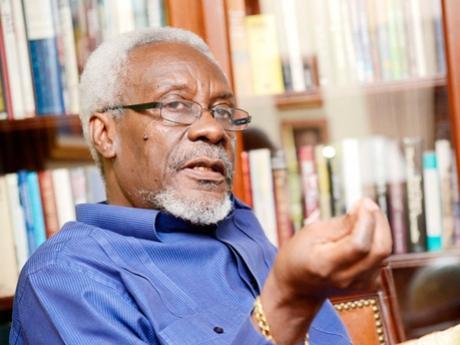 Patterson ... the most noble intentions were jarred by those portions of your address which asserted that slavery was a long time ago, in the historical past and “as friends we can move on together to build for the future.”

According to Patterson, Cameron's "most noble intentions" were jarred by portions of his address to the Parliament in which asserted that slavery was a long time ago, in the historical past and “as friends we can move on together to build for the future.”

We who belong to the Commonwealth Parliamentary Association and cherish the value of the Westminster tradition should seek continually to foster rather than  diminish it.

Given the honour which you were afforded to address the Joint Sitting of Jamaica’s Parliament on Tuesday, September 30, 2015, the traditional Parliamentary right of debate and reply could not be exercised by any of our Members who were in attendance. As I watched your presentation, knowing them on both sides of the aisle as I do, their good behaviour which you commended ought not to be interpreted as acquiescence in everything you said.

The gifts you presented in Gordon House were both welcome and timely. Only the shrewdest observers of Parliamentary custom would have noticed that the package you offered there discreetly omitted any mention of a ₤25 million  contribution for the building of a prison.

That was understandable, as what exists constitutes no more than a Non-binding Memorandum of Understanding. You rightfully appreciated that its inclusion would have been premature as the framework Agreement has to be followed by further intensive negotiations and then the requisite legislation.

You wisely chose instead to add there the announcement of ₤30 million  to make our hospitals more resilient to natural disasters. Given our vulnerability and the danger of climate change, this  donation was highly appreciated.

Despite your recognition of not being “the only show in town”,  the words of strengthening the bonds of friendship and the down-payment you brought would have been well received throughout the entire Caribbean.

Prime Minister, the most noble intentions were jarred by those portions of your address which asserted that slavery was a long time ago, in the historical past and “as friends we can move on together to build for the future.”

Your host,  The Most Hon. Portia Simpson-Miller,  in her gracious welcome referred to the difficult issue of reparation which should be discussed in “a spirit of mutual respect, openness and understanding as we seek to actively engage the U.K. on the matter.”

Mere acknowledgement of  its horror will not suffice.

It was and still  is a most heinous crime against humanity — a stain which cannot be removed merely by the passage of time. Those 180 years were followed by another 100 years of imposed racial apartheid in which these families were racially oppressed by British armies and colonial machinery. The scars of this oppression are still alive in the minds and hearts of million Jamaicans.

To speak of slavery as something from the Middle Ages is insufficient. For our communities its legacies are still present in their memory and emotions. To reject this living experience is to repudiate the very meaning and existence of these people’s lives.
How can we simply forget it and move on to the future? If there is no explicit admission of guilt now, when will be the proper time?

This attempt to destroy the seed of freedom and justice in Jamaica continued for another hundred years. In 1865 the peasants sought to occupy Crown lands in order to survive widespread hunger. The British government sent in the army and massacred those people, executing Paul Bogle, George William Gordon and  other Leaders.

Furthermore, the British Act of Emancipation reflected that the enslaved people of Jamaica were not human but property. The 800,000 Africans in the Caribbean and elsewhere were valued at ₤47 million. The government agreed to compensate the slave owners ₤20 million, and passed an Emancipation Act in which the enslaved had to work free for another four to six years in order to work off the ₤27 million promised slave owners.     It was they who paid for their eventual freedom.

The enslaved paid more than 50 per cent of the cost of their market value in compensation to slave owners. This is what your Emancipation Act did.  The enslaved got nothing by way of compensation. The Act of Emancipation was self serving and was designed to support British national commercial interests alone. 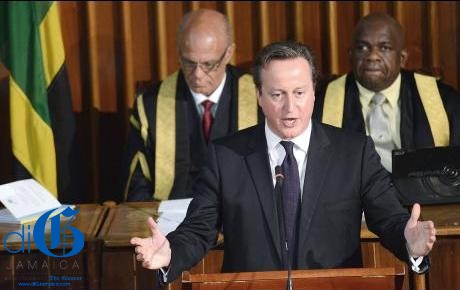 Contrary to your view, the Caribbean people will never emerge completely from the “long, dark shadow” of slavery until there is a full confession of guilt by those who committed this evil atrocity.

“The resilience and spirit of its people” is no ground to impair  the solemnity of a privileged Parliamentary occasion  and allow the memory of our ancestors  to be offended once again.

The Caribbean people have long been looking to the future. This is what we do in our development visions, but these legacies are like millstones around our necks. We look to reparatory justice as the beginning of shaping a new future. We invite Britain to engage in removing this blot on human civilisation so that together we can create a new and  secure future.