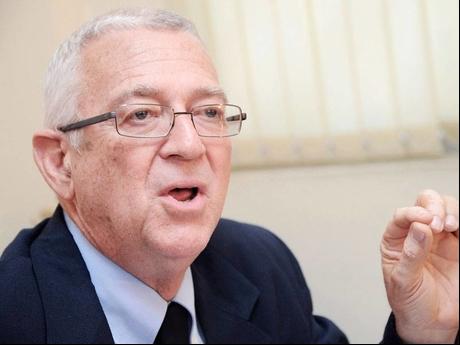 File Photo
Ronald Thwaites says several schools across the island including the Mile Gully High School from in Manchester are slated for expansion.

Education Minister, Ronald Thwaites says he has submitted a request for a portion of the £360 million grant from the British Government to build schools in Jamaica.

He says he is anticipating that the first meeting with the British High Commissioner will be held in the coming week.

According to the Education Minister, there has been much debate about the prison which the British government has offered to partly fund.

However, he says it appears persons have forgotten that British Prime Minister, David Cameron visited the island to give the region £360 million.

He made it clear the government is interested in some of these funds for education in Jamaica.

The Minister says several schools across the island including the Mile Gully High School from in Manchester are slated for expansion.

Thwaites says if the funds are available they should be used to lift the country from the history of the past.

He adds that education is the only legitimate way for upward mobility.

Thwaites was speaking at the opening of a water closet at the Medina Primary and Infant School in the parish yesterday.