Opposition leader says some anxious to capitalise on prison lands 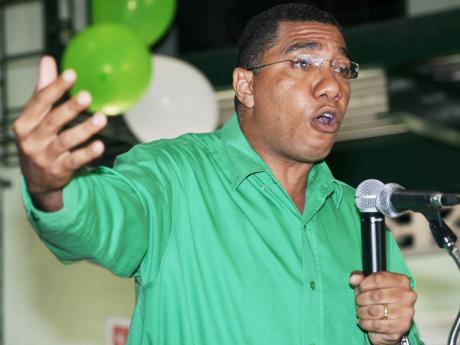 Opposition Leader Andrew Holness is suggesting that there are some in Jamaica salivating at the prospect of the prison deal with the United Kingdom (UK) because they stand to benefit from it economically.

The UK is proposing to give £25 million to the Jamaican Government to help to build a modern prison capable of housing up to 2,000 inmates.

The Government has said this would allow it to retire the Tower Street and St Catherine adult correctional centres.

National Security minister Peter Bunting has said the Tower Street facility sits on valuable real estate and the money from its sale would go towards Jamaica’s share of the expenses to construct the new prison.

Speaking at the St Elizabeth edition of the Jamaica Labour Party’s Prosperity Live series last evening, Holness claimed there are some anxious to get their hands on the land on which these prisons sit.

However, he said he would say nothing further on the matter at this time.

The opposition leader has insisted that Jamaica should neither sign a prisoner transfer deal with the UK nor accept the £25 million to build a prison.

A discussion on the matter led to a walk out of parliament by opposition members on Tuesday.