PJ should apologise for Finsac debacle before tackling Cameron - Baker 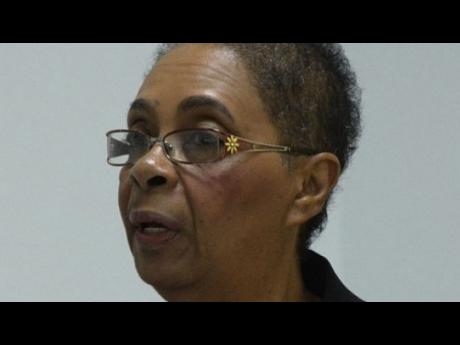 Gray-Baker ... the crash of the financial sector under Patterson's leadership in the 1990s was one of the most devastating events for thousands of Jamaicans.

In an open letter to Cameron, Patterson chastised the British Prime Minister for not offering an apology to Jamaicans for slavery and for his failure to discuss reparations during his recent visit to the island.

But, Gray-Baker says Patterson should take his own advice and lead by example.

She says the crash of the financial sector under Patterson's leadership in the 1990s was one of the most devastating events for thousands of Jamaicans. According to Gray-Baker, this "home-grown" travesty is deserving of an apology from Patterson.

She says those who suffered should be adequately compensated.

Gray-Baker laments that many of whose who were affected by FINSAC continue to suffer and no government has done anything to help.

She says the fact that some people committed suicide over the FINSAC crisis should compel the government to make amends:

The government has refused to provide funding for the Commission of Enquiry which looked into the financial sector crash to complete its report.