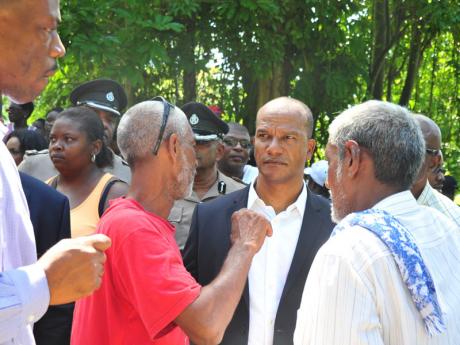 Police Commissioner Dr Carl Williams is begging citizens with information that may help investigators probing the murder of six people in Hanover to come forward.

He is also reminding family members and friends of wrong doers that it is an offence to harbour criminals. Four other people have been hospitalised, two with serious injuries, the police say.

According to the commissioner, the police will be resolute in bringing the killers to justice.

"We the police will not rest until these criminals are caught and put before the court," Williams said.

The Lucea Police say about 11:30 p.m last night residents heard explosions and shortly after saw fire coming from the nine bedroom board dwelling.

The police and the Lucea and Negril Fire Departments were alerted and after cooling down operations, the charred remains of all six persons were seen among the rubble.

The National  Security Minister Peter Bunting has said the deaths are linked to lottery scamming.

Bunting has commended the police for what he called their swift and professional response to the situation and sought to assure the public that the authorities will not be deterred in their efforts to reverse the increase in violence and murders in Jamaica.