Seventy managers and board members got NPCB loans 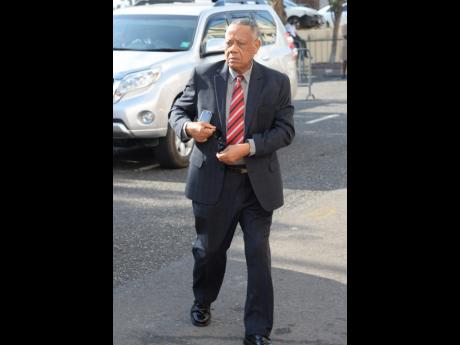 Thirty-eight Board members and 32 managers of the National People's Cooperative Bank of Jamaica (NPCB) received loans from the beleaguered entity which was taken over by the Agricultural Credit Board (ACB) in August.

This was revealed on Tuesday by Agriculture Minister Derrick Kellier, who was responding to questions posed by his opposition counterpart, J.C. Hutchinson. However, Hutchinson was unable to request details, as by then, the Opposition had walked out of Parliament after a tense exchange over the proposed United Kingdom-Jamaica prisoner deal involving a donation of £25 million to help construct a new correctional facility in Jamaica.

Kellier said all funds have been accounted for as being loans to members, deposits with investment houses, cash and bank balances, property, plant and equipment.

An audit conducted by the Development Bank of Jamaica and the ACB unveiled a number of irregularities and weak management practices which placed the members' savings at risk.

The audit had initially revealed that about $665 million could not be accounted for, an amount which Kellier later said was identified.

The Agricultural Credit Board review highlighted cases where the conduct of the board and management of the NPCB, in relation to the loan-approval process, was in contravention of the approval credit administration policies and procedures.

It was revealed that a loan amounting to $170,000 from members' savings was approved for a board member to offset personal expenses and granted a 12-month moratorium.

A loan was also approved for a board member and was later rescheduled, and the grace period increased from the approved one month to 12 months' moratorium, without proper supporting documentation and/or project appraisal.

Meanwhile, Kellier said that three members of the Ministry of Agriculture received loans under the Cane Expansion Fund.