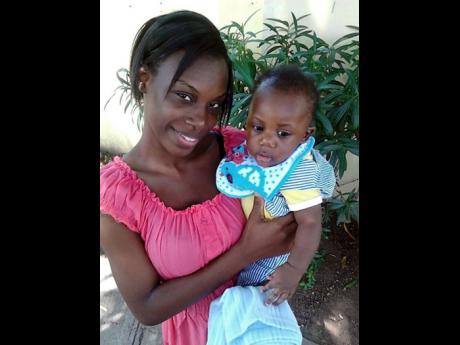 A few weeks ago, Arissa Green-Beckford's son celebrated his first birthday, and, for her, it was a chance to reminisce on how she almost lost the chance to be a mother. It was sheer mother's instinct and utter faith that saw her son come into the world.

Green-Beckford relived the moments after she was rushed to the hospital with Family and Religion.

After being warned by 'experts' that if she screamed while in pain, the nurses would not look kindly on her, she suppressed all that and told the nurse that she was in labour.

"She didn't believe me and said I was not dilated yet," she recalled. The pains and movement in her body told her that her son was ready to get out. She was getting more frustrated by the minute with the nurse's refusal to believe her.

Added to her anxiety was the fact that, on her ward, there were about two stillbirths, which brought back fresh memories of her cousin who lost her life during labour.

"I was scared, thinking about my cousin and the horror stories that other mothers told me about," she said.

The first-time young mother went into panic mode when it was revealed that the umbilical chord was choking the baby.

"That was the most frightening part for me. I thought I was going to lose my baby. It was sheer love for this child I had not laid eyes on yet, and faith in God, that saw me praying and fighting for his life," she said.

Green-Beckford said she started thanking God for a safe delivery. "I didn't expect anything less ... like a lioness protecting her cub, I was set on fighting for his life'" she said.

Her prayers and strength of love prevailed and she was able to hold her bundle of joy in her arms.

With a contented smile, she said she has made lots of sacrifices for her child to ensure he is OK, but it helps that she has the love and support of her husband, church and friends.

Cognisant of the fact that her mother and beloved uncle wanted her to wait and concentrate on her studies before becoming a mother, she welcomes his presence in her life.

"I am never regretful as my son has given my husband and I a positive twist to life. The happiness that he has brought our family is just remarkable."