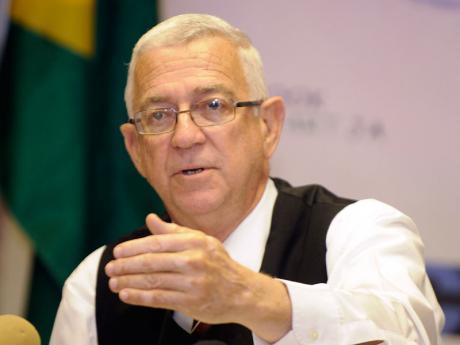 File Photo
Education Minister Ronald Thwaites has reiterated his sadness to the students and staff of Brown’s Town High School during this difficult period.

The Ministry of Education says it will continue to provide support to grieving students and staff at Brown’s Town High School in St Ann.

The ministry says a trauma team was sent to the school yesterday to give support to those affected by the stabbing death of grade-11 student, Jamala Barnaby.

Jamala was allegedly stabbed by a grade-10 student during an incident yesterday.

The education ministry says Senior Education Officer, Anthony Gray, has been temporarily stationed at Brown’s Town High to give support to the administration.

Education Minister Ronald Thwaites has reiterated his sadness to the students and staff during this difficult period.

Thwaites has also expressed appreciation to the Jamaica Constabulary Force for its response to the stabbing incident.

He notes that members of the police chaplaincy unit have visited the school and there was a strong police presence in and around the school compound and at the bus park yesterday.