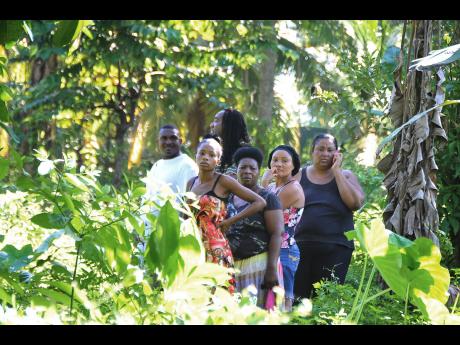 Prime Minister Portia Simpson Miller has released a statement condemning "in the strongest manner" the murder of six family members in Hanover on Thursday night.

"This evil act has taken from us six Jamaicans, including two innocent teenagers and their mother," Simpson Miller said.

A senior citizen, her two children, two grandchildren and another man were shot Thursday night before their house was set on fire on Campbellton Road in Logwood near March Town, Hanover. "Life is too precious a gift for it to be so wilfully, maliciously, and brutally snuffed out," Simpson Miller said.

Like the National Security Minister and the Police Commissioner, the Prime Minister has appealed to anyone with information to report it to the police.

READ: The price is too high ... Bunting says lottery scamming behind Hanover killings

I offer my deepest sympathies to the family members left to grieve and the quiet community of  Logwood whose tranquil way of life has been shattered by this criminal act. I wish for those injured in this vicious act of criminality, a full and speedy recovery.