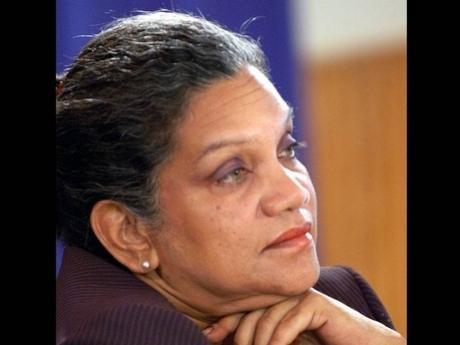 File Photo
Harrison Henry says the debate should seriously consider whether the offer of partial funding of a new prison represents a possibility for Jamaica to alleviate the horrific conditions experienced by prisoners and those employed within these correctional centres.

The Public Defender Arlene Harrison Henry has weighed in on the debate over the proposed UK prison deal saying it’s time for Jamaicans to strip away the emotions in considering the issue.

The proposal for the UK to give Jamaica £25 million towards construction of a new prison and for some Jamaicans incarcerated in the UK to be transferred here to complete their sentences has been met with opposition locally.

Harrison Henry says amid the clash of thoughts there appears to be a strong view that Jamaica needs a new prison.

She says it is undeniable that the conditions in Jamaica’s prisons fall well below standards prescribed by the Charter of Fundamental Rights and international minimum standards.

Harrison Henry says the debate should seriously consider whether the offer of partial funding of a new prison represents a possibility for Jamaica to alleviate the horrific conditions experienced by prisoners and those employed within these correctional centres.

Meanwhile, the public defender notes that prisoner transfers as contemplated are conducted around the world under well structured bilateral arrangements between States.

However, she says she believes Jamaica should only sign on if the new prison will not be a mere substitute for the existing ones, as this will not solve the overcrowding.

Harrison Henry also says another criteria for transfer should be that the prisoner must be a national of Jamaica and the prison to which a transferee is to be sent cannot be of a lesser standard to that from which he is being transferred.

She says the transferee should not be disadvantaged in his sentence as a result of the transfer.

She also says Jamaica must insist the cost of integration and maintenance of the transferee into the new prison should not be borne by Jamaica.