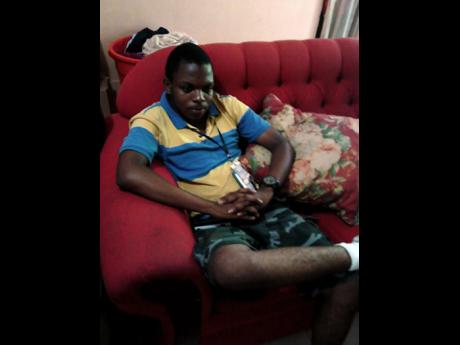 Gareth Davis
Kasey Williams has conceded that God spared him for a specific reason. 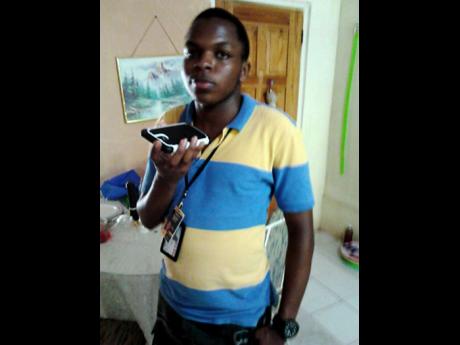 Being the lone survivor in an accident that claimed the lives of his parents and sister, Kasey Williams, a teenager has chosen a Christian lifestyle - having conceded that God spared him for a specific reason.

Williams, who recently completed high school at Titchfield in Port Antonio, Portland, lists journalism as his career choice - having worked as a correspondent for Irie FM radio. But despite his passion for journalism, the 18-year-old remains resolute that serving God is a priority for him.

"I will never abandon my God," commented Williams.

"He wakes me up each morning and set me on my way, and I know the Lord is blessing me right now. I worship on a Sunday at Bethesda Gospel Hall at Smatt Road, Port Antonio, where I assume the role of Master of Ceremony for the programmes on worship day. I started attending church with my grandmother, approximately four years ago, after relocating from Clarendon. I also collect offering (at church) and pray," he added.

The teenager lost his family (mother, father, and sister) on April 7, 2005, in a motor vehicle accident at Four Paths, Clarendon. Shortly after, he relocated, and since then, he has been living with his grandmother at Drapers Heights.

Since living with his grandmother, Williams admitted that her teaching and mentorship has pointed him in the right direction, allowing him to accept the realities of life, while accepting that God's love is more than sufficient.

He noted that it is through comfort and guidance from his grandmother that he is totally convinced that challenges will arise, but that with each setback, God is always there to pull him through.

"I have a bright future as a Christian. Each day I realise that God truly loves me and that is why I intend to honour him always. I acknowledge God, and I am forever thankful for His saving grace. But of late, I have come under a lot of pressure from church members, who are trying to dictate what I should become in life. I have already made the decision to attend CARIMAC (Caribbean Institute of Media and Communication) to study journalism. Jesus Christ saved me in that accident and I firmly believe in Christianity," he continued.