US Ambassador warns that crime could turn away potential investors 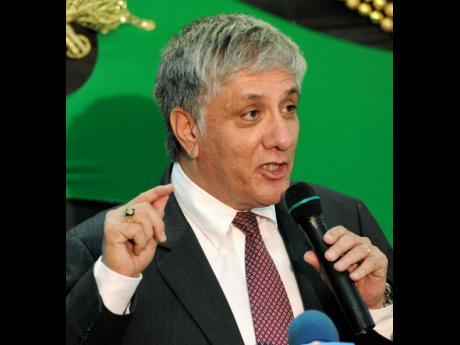 File Photo
United States Ambassador Luis Moreno says one of the main objectives of his tenure is to increase US investment and trade in Jamaica.

United States Ambassador Luis Moreno has again appealed to Jamaicans to support the anti-crime strategies of the security forces.

Speaking in Montego Bay nearly 24 hours after six members of one family were brutally killed in neighbouring Hanover, Moreno warned that crime could turn away potential investors.

Moreno says one of the main objectives of his tenure is to increase US investment and trade in Jamaica.

He says with US firms already investing billions of dollars in Jamaica with commitments for millions more on the horizon, the fight against crime has to be everyone’s business.

Ambassador Moreno is again warning that the deadly lottery scam is doing tremendous damage to Jamaica and the United States.

As part of the efforts to curtail it, he suggested that law enforcement authorities start by getting children to understand that it was not a case of people stealing from the rich and giving to the poor.

Instead, Moreno re-iterated that a majority of those persons who fall victims to the scam are elderly persons who are sick or suffering from diminishes capacity and living on their pension.