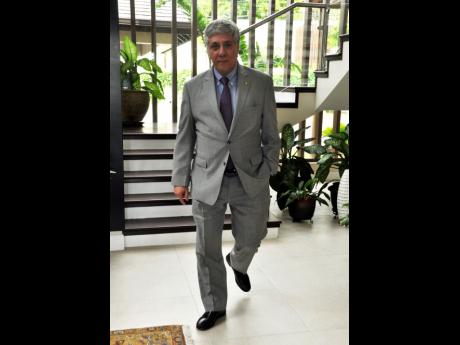 United States Ambassador to Jamaica Luis G. Moreno says the Jamaican Government and local exporters should do more to capitalise on special provisions which are in place to provide preferential market access to the United States.

"We have had a very special relationship with the Caribbean for over 30 years and we provided preferential market access under the Caribbean Basin Initiative or CBI.

"As part of that initiative, Jamaican companies can export qualified products duty free." said Moreno, while giving the keynote address at Friday's opening ceremony of the Montego Bay Chamber of Commerce and Industry's Expo 2015, at the Montego Bay Convention Centre in St James.

"When combined with other US trade programmes, over 85 per cent of Jamaica's imports can potentially enter the United States duty free. That's really staggering when you think about it," added Moreno.

According to the ambassador: "More Jamaican exporters can, and should, take advantage of these trade benefits. The world's largest consumer market is just a few hundred miles away.

"Our team is working diligently to help Jamaican exporters get their agricultural products to the US ... to be on the grocery shelves in the US. We can only do so much, but you guys, and when I say you guys, I also mean the Jamaican Government, you have to carry part of the ball too."

The CBI came into effect on January 1, 1984, to provide several tariff and trade benefits to many Central American and Caribbean countries.

Moreno, who took up his assignment in the island last November, noted that Jamaica has free clearance to export 52 products to the United States through a partnership arrangement between the Jamaican Government and the US Department of Agriculture.

The primary focus of the arrangement is to take advantage of business opportunities in the two countries.

"We have laid out everything that you need to do to be able to do that ... so it's up to the Jamaican Government and the exporters to get past those two little things the US department is asking for, and the market is all yours."

In an exporters forum held recently, Agriculture and Fisheries Minister Derrick Kellier said the Government was moving to institute measures conforming to export and import requirements for mangoes under the Global Good Agricultural Practices certification programme.

These include conducting a market analysis, indicating both domestic and export potential, conducting a value chain analysis to make an evidence-based determination of the feasibility for upgrading of the value chain, undertaking a feasibility study for hot water quarantine treatment, and preparatory work to establish the quarantine protocol, based on the US Department of Agriculture's Systems Approach, once the sector is deemed viable.