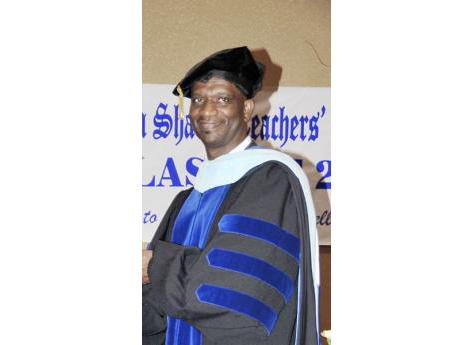 Educator, Dr Ashburn Pinnock, has formally been installed as president of The Mico University College, the oldest teacher-training institution in the region.

Pinnock takes over from Professor Carol Clarke who was appointed interim head for the last academic year while the board searched for a replacement for professor Claude Packer.

He previously served as principal of the Sam Sharpe Teachers' College in St James.

Clarke, the first female to head to the 179-year-old institution, is now the vice-president of academic affairs.

Last week, Dr Roderick Karl James was installed a Chancellor of the institution.

He replaces Professor Errol Miller, who was appointed as Mico's first Chancellor in 2009.