A Cut above the Rest 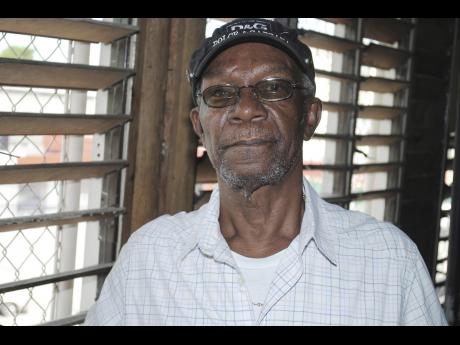 It is unthinkable for one to talk about barbering in Montego Bay, St James without saying the name Neville Gilchrist who at age 71 he is the elder statesman of the profession in the western city.

Gilchrist, who operates in one of the city's oldest establishments, is the founder and proprietor of Tip Top Barber Shop, located at 122 Barnett Street. The business has been in operation for the past 48 years.

Affectionately called 'Dada', he has been instrumental in training hundreds of barbers and making barbering popular in Montego Bay. He was once an avid student schooled in the trade by his father, John Gilchrist, an excellent barber in his time.

"I've gone through many ups and downs," said Gilchrist. "I've trained more than 300 barbers. My barber shop is like a training institution, but as soon as you train them and they become good; they branch off."

Still, Gilchrist is proud in knowing that he has aided young men in learning a trade to provide for themselves and their families.

Nine years ago, Gilchrist also decided to venture into affordable entertainment for the "small man" by establishing the Clock Tower Club, located above his barber shop.

"When I looked around, I realised that the small man, like the street sweepers and the handcart men, don't have anywhere to go for entertainment, so I decided to open the club," said Gilchrist. "I love to serve and seeing people happy has kept me going. I may not be doing extremely well in business, but I feel comfortable paying my bills and employing people."

Still enjoying good health, Gilchrist said he would not mind retiring now but admitted that he does not see a way out because he has no one to entrust the businesses to. He told The Gleaner he would gladly give it to his children, but they are not interested and are living abroad.

"I want to retire now but I don't see what to retire on at 71, I will continue serving the people until I can't go no more," said Gilchrist. "If no one wants to take up the baton, then I guess it will just phase out. I would not love to see that happen, but what can I do?" said Gilchrist.