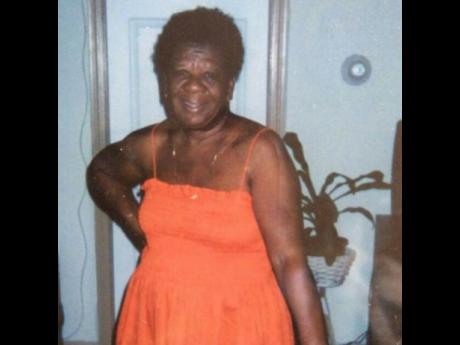 Delita Deloris Wright was born on the 24th of August 1938 at Burnt Ground, Santa Cruz, St Elizabeth, where she attended primary school. Her parents were Bertha and Sanford Salmon.

She eventually had seven children - four girls and three boys - of her own. They, in turn, gave her many grand and great-grandchildren.

Delita the housewife, also known as Del and Auntie Del, was a no-nonsense, saucy woman, whom "you have to know how to get around", her daughter Monica Forbes-Wood told Footprints.

You could get along with the disciplinarian if you were obedient, Monica said.

"She was a strong and spirited woman. A no-nonsense person, who despite the changes and challenges over time in values and attitudes in the society, remained steadfast in her upbringing. Her core values remained embedded in her inner being until the time of her passing," said one of her granddaughters, Keisha Hill.

Another daughter, Yvonne Winter, remembers her as a very kind-hearted, caring, funny person who loved her children and grandchildren.

On Saturday, October 17, there will be a funeral for Auntie Del at the Fire Baptist Holiness Church of God of the America in Burnt Ground. She had died on the 29th of September, and will be interred in her family plot.