Footprints: Ronald Anderson - A man of precision, principle and many talents 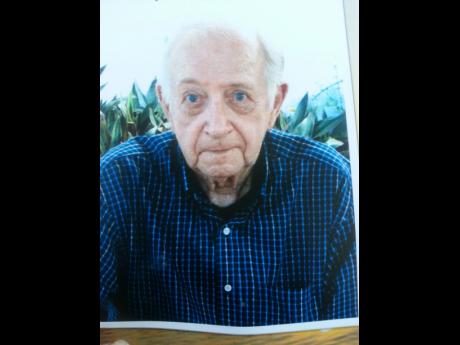 A man of many talents with noteworthy experiences, a sense of humour second to none and a great love for those closest to him; one can say Ronald Elrick Anderson lived a fulfilling life with nothing but gratitude.

Anderson was born in Aberdeen Scotland on June 13, 1930 to James and Bella Anderson.

From an early age he shared a special bond with his mother as his father was a sea captain who was involved in World Wars I and II and was hardly ever home.

With a love for the specialised field of geology, Anderson soon after leaving Gordon College enrolled and graduated from the Aberdeen University with a degree in geology, minor in physics.

While in university, Anderson, affectionately called Ron, was very instrumental in smuggling the symbolic stone of 'scone' back to Scotland as the stone had been captured by the English and taken to Westminster Abbey in 1296.

Two months after graduating, the geologist was contacted by Her Majesty's military and was commissioned as a second lieutenant and was dispatched to a town approximately 10 miles north of Baghdad.

This experience though new had seen him receiving considerable knowledge in the area as he had joined the Territorial Army in the University as well as the cadet school.

As Anderson's time in the army came to an end, a friend of his gave him a copy of the London times which had an advert seeking a geologist in Jamaica. He admitted that his time in the desert hardly caused the wet weather of Scotland to appeal to him and the tropical climate of Jamaica would do him good.

Almost losing the opportunity due to the time taken to send and receive mail, Anderson had God on his side when he was interviewed and told of his success.

After arriving in Jamaica, he was based in Kingston but then was sent to Mandeville to research bauxite reserves and purchase properties for the company.

Anderson began spending most of his time in Ocho Rios where he stayed at the Silver Seas Hotel and, as fate would have it, he met one of the workers, Jean Seaga, sister of Edward Seaga, who became the love of his life. The hotel owned by Jean's family members now had even more appeal to Ron.

Jean included Ron in as many activities and parties as she could, although she claims it was really to add to the group of young people for parties.

The love between the two soon evolved and they were later married on March 5, 1957.

Although very busy playing a key role in a booming alumina industry, Ron also found time to get involved in other community activities. He was a member of the Rotary Club, a member of the Ewing Lodge, director of Global Travel services, consultant for the Scientific Research Council, founder of the Archaeological Club of Jamaica and chairman of the board of Jamaica Gypsum.

He was a lover of current affairs and the simple pleasures of a long walk on the beach, collecting shells, but more so he loved his children and grandchildren and readily told tales of each of their successes.