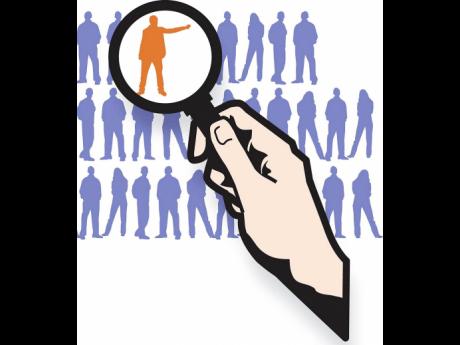 I found this suspicious. When I contacted the authorities, my suspicions were proven true. This was not a legitimate call from the authorities. Is this commonplace and what other tricks should applicants look out for?

The British authorities are aware that criminals around the world are trying to use the Home Office's name to steal money from people. These criminals use a number of tricks, often known as ‘scams’.

However, there are ways that persons can identify, and protect themselves from such scams. If a person receives an unexpected email, telephone call or letter from someone who claims to be from the Home Office, it may be a scam.

These criminals use various tricks and will attempt to make persons believe they can offer something easily, such as a visa for the United Kingdom, or that there is a problem with a person’s application or visa.

They will try to make themselves appear very genuine and use language that sounds official and may already seem to know something about the person being contacted, such as the person’s name and address, or that he/she has applied for a visa. The fraudster may ask for money or for that person’s personal information. The British authorities are aware of the existence of the following scams:

*Websites that offer non-existing jobs in the United Kingdom will try to make themselves appear genuine, by using language that sounds official. If persons apply for one, they will be told they have the job and asked to pay visa and work-permit fees. That is not how the British visa system works, and there are no shortcuts to a job in the United Kingdom. A genuine employer would direct a person to the Home Office’s website, where a person can make an official application. If the job offer sounds too good to be true, it could be a scam. The British authorities would never guarantee a job in the United Kingdom

*Another type of scam, usually perpetrated within the United Kingdom, occurs where a person pretends to be a Home Office officer, and goes to someone’s home to ask for money to process that person’s partner’s visa. The British authorities would never visit anyone at their home to collect money.

*Sometimes, fraudsters will call and claim they work for the Home Office, and tell persons there is a serious problem with their visa. These criminals would contact people within the United Kingdom, and in other countries, and often target students. They will appear to be genuine and convincing, and may give a false name and return phone number. These individuals will tell you to send money, as soon as possible, using different methods of payment, to prevent some kind of action like deportation or cancellation of a visa.

*Persons should be aware that there are people who target persons applying for United Kingdom work visas. These people will ask sponsors to pay a deposit as proof that they have enough funds to support you in the United Kingdom until applicants receive their first salary. As part of the official application process, persons must give authorities evidence that they have enough money to support themselves, but the British authorities will never ask anyone to give them any money. There are persons who will tell prospective applicants that they can get you a visa using forged documents. The British authorities have advanced methods of identifying forgeries and will refuse any such application if detected. Any person who states that they can speed up the process of getting a visa is not telling the truth.

*Persons living outside of the United Kingdom may encounter people who pretend to be British visa officers, and offer to meet applicants somewhere. The public should be aware that legitimate visa officers will only meet applicants at their offices and will never contact anyone to ask for money.

*Also, there are fake websites that are designed to look like official websites for the United Kingdom government or its official visa enquiry services. It is important that persons only obtain information from the official website. The fake website may look slightly different with an alternative layout or misspelt words. It should be noted that these scams have been reported by the British authorities to Action Fraud, the United Kingdom’s national fraud-reporting centre. Please be aware that the above-mentioned scams are not all encompassing. There may be other scams that the authorities do not know about.