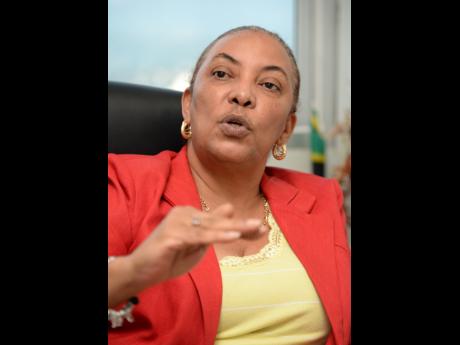 The active participation of members of the diaspora in the affairs of the country is being proven by their strong support of the National Education Trust (NET).

NET was set up as an agency of the Education System Transformation Programme (ESTP) and is intended to provide the material and financial resources needed for the education sector.

NET has, since its inception, solicited and facilitated donations by a number of organisations in the diaspora that want to give back to schools. Now considered as the official point of contact for those wishing to support the education sector, Minister of Education Ronald Thwaites told The Gleaner that NET has garnered significant investment from members of the diaspora.

"We are gaining tremendous leverage from the gifts of alumni abroad. There are over a hundred alumni associations of Jamaican schools on the eastern seaboard alone. I went and tried to encourage about 50 of them, and I didn't have to encourage; they are so zealous and so committed that it is a tremendous asset to Jamaican education," he said.

While the trust has been able to attract diaspora investment, Programme Director of ESTP Jean Hastings has indicated that it has been facing a challenge in fulfilling its mandate.

According to Hastings, "The trust has had some hiccups in terms of getting at it's primary purpose. The trust was supposed to be a vehicle through which we use public-private partnerships, but the way the International Monetary Fund conditionalities are set up that could be seen as adding to sovereign debt because the government will have to guarantee it, so there has been a little pause while we work out the modalities of how that could happened."

Hastings said despite the challenges being faced, NET has attracted investment of just under US$1 million and has begun infrastructure work on some schools.

"They have provided project management services for approximately 19 schools with their infrastructure programme," Hastings said.

The trust has put out a prospectus for investment opportunities within the education sector, which involves construction of an estimated 54 primary and 94 secondary schools.

Members of the diaspora who wish to support the education sector are encouraged to contact the trust regarding guidelines for making donations.