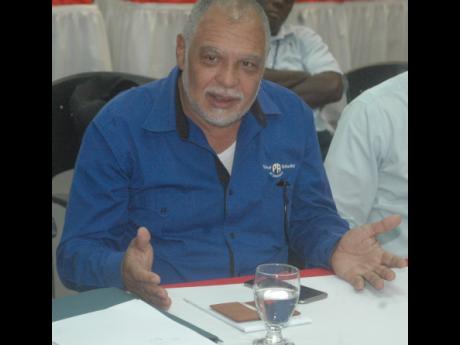 While Montego Bay in St James looks set to play second fiddle to Falmouth, Trelawny, as the island's cruise-ship destination of choice for the foreseeable future, a call has been made for the city's port to reinvent itself by becoming a refuelling hub for liquefied national gas (LNG), which is to become part of Jamaica's energy landscape.

Speaking at a Gleaner Editors' Forum in Montego Bay last week, Edmond Marsh, vice-president of business development at the Port Authority of Jamaica (PAJ), said a plan is on the horizon for the western city's port to cater to the refuelling of cruise ships and cargo ships that run on LNG.

He said these types of ships were already on the seas and it would do well for Jamaica to seize this profitable opportunity.

"Apart from Trinidad and the Dominican Republic, Jamaica is perhaps the only country in the region that has LNG just around the corner, and I see this as a tremendous [business] opportunity," said Marsh.

He said vessels that run on the cleaner LNG were able to carry more passengers and require less fuel and are more efficient when compared to conventional diesel-engine ships.

"The ships will have more rooms for passengers and so on. So here comes a gift. We can now supply and replenish these ships," said Marsh, who noted that the PAJ's LNG plan ties in with the sector's overall bid to operate a modern cargo port that better serves the Jamaican community.

"We are very much focused on developing a proper world-class port that can compete with any other regional port. Right now, our ports handle more cargo than any other country or small island," stated Marsh.

For decades, ships have been using either gas turbine or diesel electric engines. The larger the cruise ship, the greater the demand

for power. Getting a fully laden cargo ship across an ocean requires enormous amounts of energy, usually derived from pollutant-rich diesel fuel.

In August, the Jamaica Public Service (JPS) signed an agreement with New Fortress Energy for the supply of LNG to Jamaica. The pending supply of LNG is most notably to facilitate the conversion of JPS's 120-megawattt power plant in Bogue,

St James. This is not only expected to result in a boon to the light and power company, but also to the PAJ.