Students, led by girls are refusing to take buses in the Rural School Bus System 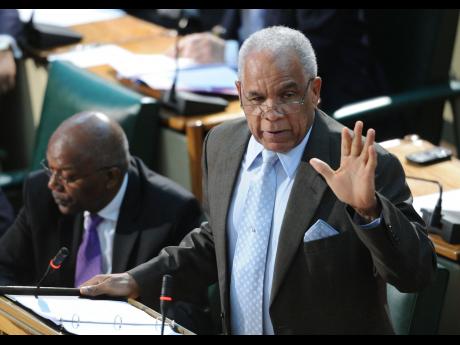 A rural school bus system that the Transport Authority introduced to sections of Clarendon as a pilot project to put a brake on deadly accidents has been rejected by the students it was intended to serve.

The ministry, in response to tragic accidents involving students in rural area, has devised a rural school bus system, the pilot of which was launched in Clarendon last year. That pilot, however, does not provide any positive sign for the national roll-out to other parishes, given that students have been boycotting the buses.

Minister of Transport, Works and Housing Dr Omar Davies, who was speaking at the launch of the Choose Right, Choose Life campaign, lamented the fact that the pilot has been met with resistance from students in Clarendon.

"Last year, the Ministry of Transport, Works and Housing mandated the Transport Authority to spearhead the establishment of the rural school bus programme, and the objective is to provide a safer and more efficient means of transportation for rural students. Working with the Clarendon Parish Council, the authority introduced the programme on September 1, 2014 in May Pen and subsequently expanded the programme into south Clarendon in February of this year. We have faced an unexpected challenge with the refusal of some students to take the buses designated as school buses," he said.

The rural school bus system operates on a public-private partnership model where private operators dedicate specific times in the morning and evening to transport students to school.

According to Davies, the boycott of the buses is being led by female students.

"The operators of the designated school buses have been trained, approved and certified and the vehicles meet the fit and proper standard and criteria for the school bus programme. Nonetheless, a significant number of students opt to use the vehicles that are playing the loud, lewd music and are known for their careless and reckless driving," he added.

Davies revealed that he was puzzled by the fact that the students would opt to take robot taxis and buses, given the dangers associated with these illegal operators.

"We can't throw up our hands and give up, we have to find a way of combating this strange affliction that people would deliberately choose to take an unsafe and uncertified vehicle as opposed to ones which have been processed," he said.