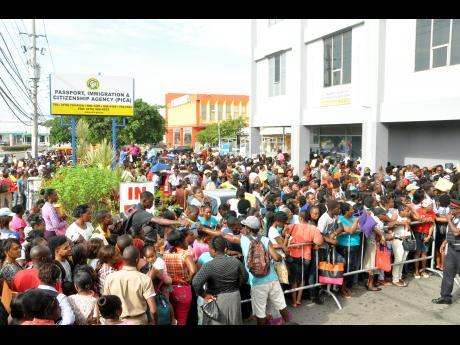 He argues that the minor parties have not done the necessary ground work and appear to only become active when an election is near.

Ashley admits that funding of parties and election campaigns is expensive and the third parties may have difficulty in fully supporting those activities.

However, Betty-Ann Blaine, the convenor of the New Nation Coalition and Peter Townsend, president of the National Democratic Movement (NDM) say the local political culture is affecting the success of their organisations.

Blaine says the two main parties, the Jamaica Labour Party and the People's National Party, have sidelined third parties in the political system.

Betty-Ann Blaine, the convenor of the New Nation Coalition

Blaine is supported by the NDM president who argues that the JLP and the PNP have significant resources and this makes it difficult for third parties to be serious contenders in parliamentary and parish council elections.

However, he says the NDM will not give up and will continue to reform itself.

Recent opinion polls have shown that Jamaicans are not very impressed with the performance of the governing and opposition parties or their leaders.