Jamaica to lead Caribbean in renewable-energy use by 2016 - Paulwell 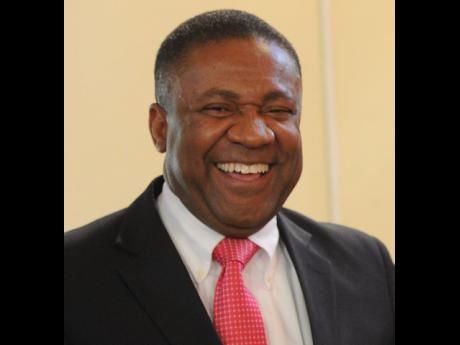 Phillip Paulwell, Jamaica's minister of science, technology, energy and mining, says Jamaica, which is currently taking on US$200 million worth of investments in renewable energy, will be the Caribbean leader in the use of renewable energy by 2016.

"By the middle of next year, Jamaica will be the leading Caribbean country in terms of the use of renewable energy in our midst," said Paulwell, while addressing Tuesday's launch of the Jamaica Public Service Company's (JPS) gas-conversion project at its Bogue plant in Montego Bay.

"We have US$200 million of investments taking place right now - not statements, not MOUs, not a ministerial announcement. These are projects that are happening.

"Today, we generate about 60 to 70 megawatts of renewable energy, using wind and some hydro-power," continued Paulwell. "At Wigton Windfarm Limited (in Manchester), we are expanding that facility by 24 megawatts, costing about US$50 million; at Blue Mountain Renewables in St Elizabeth, we are doing 34 megawatts of wind capacity valued at US$90 million; and at Content in Clarendon, we are doing the single-largest solar farm in the English-speaking Caribbean, 20 megawatts, valued at US$60 million. All of these projects are being done today as we celebrate what we are doing here at Bogue. There is transformation taking place."

The energy minister also declared that his ministry would be unrelenting in its drive to revamp Jamaica's current energy generation and usage.

"We just did a comprehensive review of the legal and regulatory framework, which has seen our new Electricity Act in place, replacing a law which was more than 100 years old," Paulwell said.

"We have been slaves to heavy fuel oil and diesel, and the beginning of the end of that period is well and truly on the way."

The newly launched Bogue power plant conversion, which is being undertaken at a cost of US$22.5 million (J$2.6 billion) will see the 120-megawatt plant transformed from using solely automotive diesel oil to being capable of also utilising liquefied natural gas (LNG), contributing to Jamaica's energy diversity, fuel security, and production of clean energy.

JPS has signed an agreement with US-based energy provider New Fortress Energy to provide the light-and-power company with LNG for the Bogue plant. The conversion of the plant is scheduled for completion by April 2016.