‘We must recognize the sanctity of marriage - Pastor 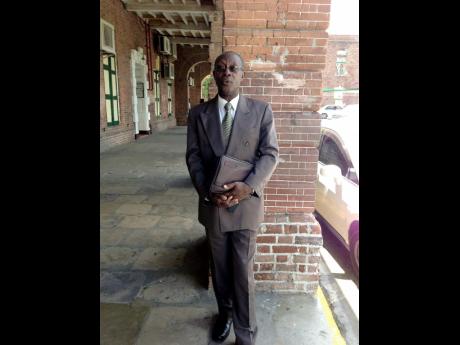 Ruddy Mathison
Bishop Roy Johnson: We must go back to the teachings of the Bible when dealing with marriage.

Many Christian denominations have a profound view of marriage that according to them, is defined by God from the inception of the world to be between a man and a woman.

in recent times, however, the concept of civil unions, especially among persons of the same sex, has also taken on the meaning of what some consider a marriage.

Past president of the Spanish Town Ministers Fraternal and pastor of the Worship Centre in Old Harbour Bishop Roy Johnson is adamant that the institution of marriage, as God intended, must be protected by the church.

"I believe it is important to look at the very inception of marriage. I find it remarkable that God, whom we acknowledge, made all things and declared them very good," Johnson told Family and Religion.

"The only thing that God did not declare very good was the man to be alone. In His infinite wisdom, He saw it necessary to create a woman," he added, further stating that God demonstrated inter-dependency by taking a rib from the man to create the woman.

"Notice what God did," declared Johnson. "He ensured that there was absolute interdependence. as the Bible narrated, God himself performed the first operation. It is from this that we learned God's desire for a union of the opposite sex."

Debunking the concept of same-sex marriage, Johnson pointed out that God saw the need for man to have a companion of the opposite sex and he provided the solution.

"We, as Christians, must accept what God has done and believe that He has greater wisdom than us," the bishop asserted, charging that there is no need for society to change what God ordained to be a marriage.

"We, as a people, must recognise that in the institution of marriage, God espouses benefits to be derived that can come from no other form of marriage. So the commitment of spirit and emotions of one to another in a relationship is what will provide the solution to what God sees that man needs," the former Ministers Fraternal president stated.

According to him, this is one of the important reasons why it is so necessary to protect the institution of marriage for what God intended.

"Marriage is not just a relationship of love. It is an institution that God designed, and He laid down certain perimeters for its success."

With obvious inference to the discourse on civil liberties, Johnson stated that people should be free to love whomever they want to love.

"When you put the label of marriage on, it is that that's wrong. We must go back to the teachings of the Bible when dealing with marriage," Johnson told Family and Religion.